Tanya Eavenson relied on her faith in God and her own experiences with cancer to help her write her second novel, “Restored.” 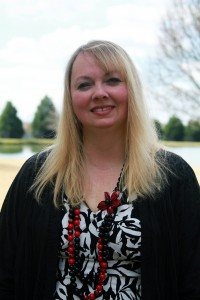 NORTHPORT- Local Christian author, Tanya Eavenson, of Northport, recently released her second novel and the second addition to her “Unending Love” series, “Restored,” that follows the story of two people coping with the unexpected things in life and the faith that brings them through it.

Eavenson was born in Orlando and lived there until she was 21 when she and her husband, Chuck, left Florida. He had just received a biology degree from Palm Beach Atlantic, but felt that he should be part of a ministry. The newlyweds moved away to attend a seminary in Fort Worth, Texas, where her husband received a Master of Divinity. From there they moved to Georgia, where they served their first church. Several years and two children later, they landed in Alabama, where her husband accepted a position as the minister of youth at Carrolls Creek Baptist Church in Northport.

After a few years in the ministry at Carrolls Creek, Eavenson’s husband went on a leadership trip. While he was away, she took care of their now three kids during the day, but her nights were restless.

“I didn’t know what to do with myself,” Eavenson said, after her husband left for a trip to Israel.

Eavenson said she felt God leading her to do something special, but she didn’t know what. On one of those sleepless nights, after everyone was in bed and with clean laundry piled high around her, she sat down at her laptop and wrote her first story in a week.

“It was terrible,” Eavenson said, laughing. “It wasn’t published. It probably never will be, but I believe God wanted to show me that I could do it.”

In 2013, Eavenson published her first inspirational romance novel called “Unconditional” by Clean Reads. This was a new journey for Eavenson, where she found inspiration from all corners of her life.

“Marriage is so lightly taken nowadays,” Eavenson said. “I wanted to show in my story that no matter what people may face jealousy, infidelity, financial difficulties, anger or grief, that if we love unconditionally and forgive as Christ has done for us, then we can conquer anything.”

While taking a hiatus from contemporary fiction after the 2013 publication of “Unconditional,” Eavenson began to write historical romance. Letting her mind run wild with the scenes of the Old West and a time where gentlemen donned worn leather chaps and ladies dressed in soft gingham, she began to write again. A history lover, Eavenson liked the opportunity to take history and merge it with fiction.

While doing research and eagerly working on her historical piece, doctors discovered Eavenson had thyroid cancer. In the midst of dealing with treatment options and her own apprehension, she abandoned her project and wondered if she was meant to continue writing.

“I didn’t know if I wanted to,” Eavenson said. “God had called me to write, yet now I have cancer. Had I heard him correctly?”

There are many times in a person’s life where he or she may reach an obstacle. It may be an illness, an accident or it may be simply a difficult decision that they must make. Eavenson reached a point where she had to decide if writing was something she was going to have to give up in the face of a new hardship. This philosophy flowed into her writings over the next few years as she was tasked with writing a sequel.

“I had to write through it,” Eavenson said, emphasizing the word. “After praying and seeking, the call was still there.”

She returned to the modern hustle and bustle of contemporary fiction and began writing “Restored,” which was a trial for the working mother of three. She was on a deadline, but exhaustion and other side effects hindered her progress.

Eavenson poured the knowledge she gained through her cancer treatments and those of her stepfather and father-in-law, who were both diagnosed with melanoma, into “Restored.” She used her fears, bad days and frustration to bring the hero of her story, who also has cancer, to life.

Eavenson felt that if she had written “Restored” any earlier in her life, it would not have been as good. The experiences that cancer has dragged her through have added a depth to her stories that no amount of research could produce. Eavenson is on a personal and intimate level with her characters, making her readers ache for what happens next. As Eavenson wanted, and the comments and followers of her blogging exhibit, her books are reaching those who need it most in whatever circumstances they are currently facing.

“God restored what was meant to be there from the beginning,” Eavenson said of her second book.

She chuckled as she spoke about her first novel and how she used memories of others to help construct certain scenes that she had no knowledge of beforehand.

“They always say to write what you know,” Eavenson laughed. “To be honest, that’s not always true.”

Eavenson had never been on a cruise, a pivotal event in the life of her “Unconditional” characters, but relied on the stories and photographs of candlelit dinners, couples swaying to the sound of a band, glasses clinking and views of crystal blue waters to fill in the gaps of her imagination. However, getting into her own emotions allowed her to write her second story, “Restored,” from her heart.

The legal and medical procedures that she experienced during this difficult time inspired her to write about a character who is changed and healed by faith — the same kind of faith that led Eavenson and her to husband to leave their home to devote their lives to serving others in Christian ministry and the same kind of faith that prompted her to sit at the keys of her computer and pour her heart out to an invisible audience, not knowing to what or where it would lead her.

“I love ‘Restored,’ ” she said. “It’s a very touching story of how nothing is impossible with God.”

Eavenson continues to write, fueled by hazelnut creamer with a shot of coffee in her favorite pink “I Love Lucy” mug, waiting to see what happens next in her upcoming stories.