The Colors of Holi Come to Tuscaloosa

The event in Tuscaloosa celebrates Holi, or the passing of winter and arrival of spring, by the throwing of brightly colored powders to signify the joy and energy of the season’s renewal .Traditionally an Indian festival,  it is now celebrated worldwide.

The city of Tuscaloosa’s Transportation Museum was filled with colors and people Friday, March 31, as people came together to celebrate Holi.

University of Alabama programs, along with the Indian community, celebrated the festival of colors with laughter and dance. The event took place from 5 to 8 p.m. 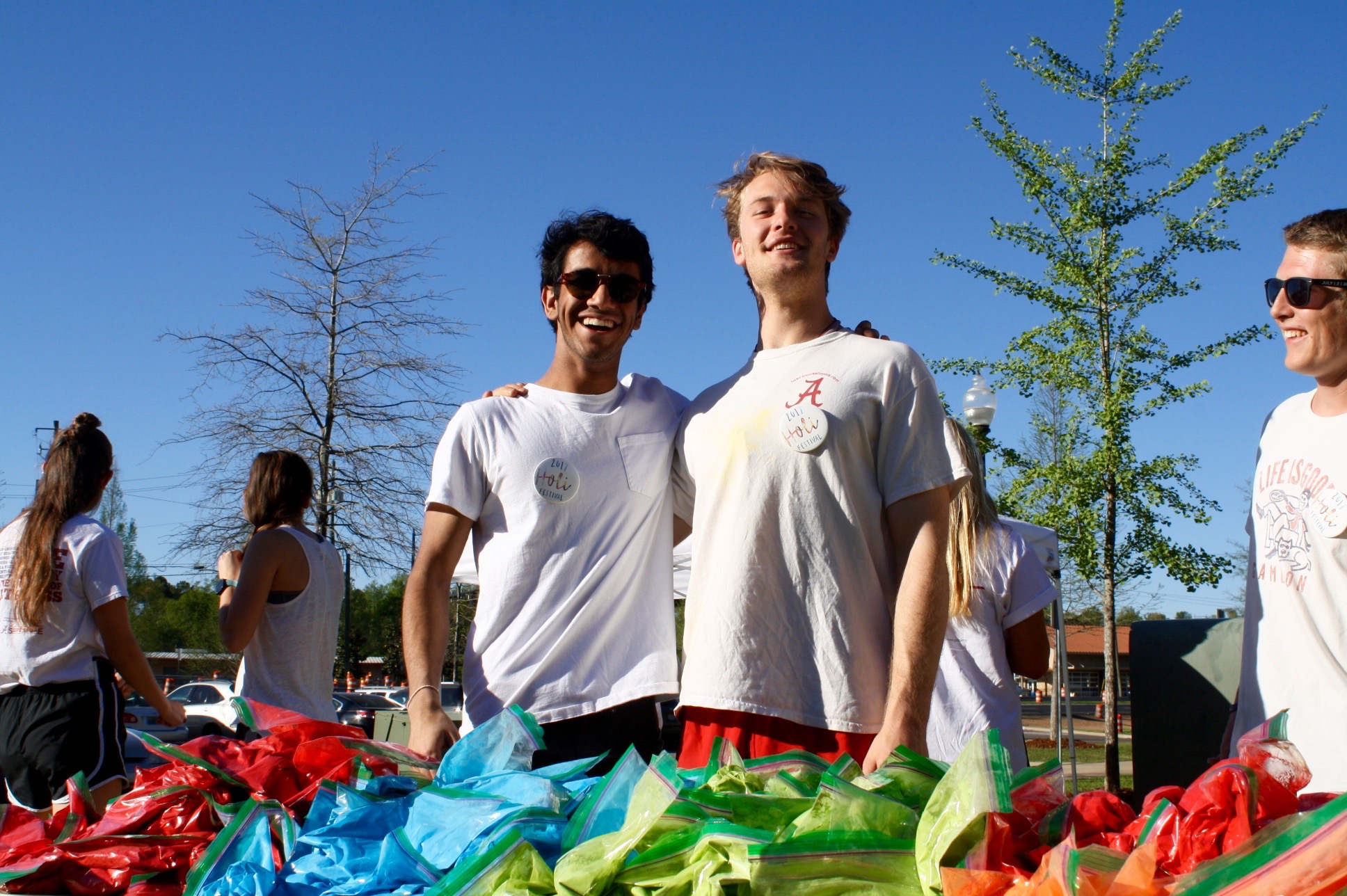 Holi
After filling hundreds of bags up with brightly colored powder, members of the University of Alabama Honors College Assembly are ready to get their kick off Holi 2017 at the Tuscaloosa Transportation Museum. 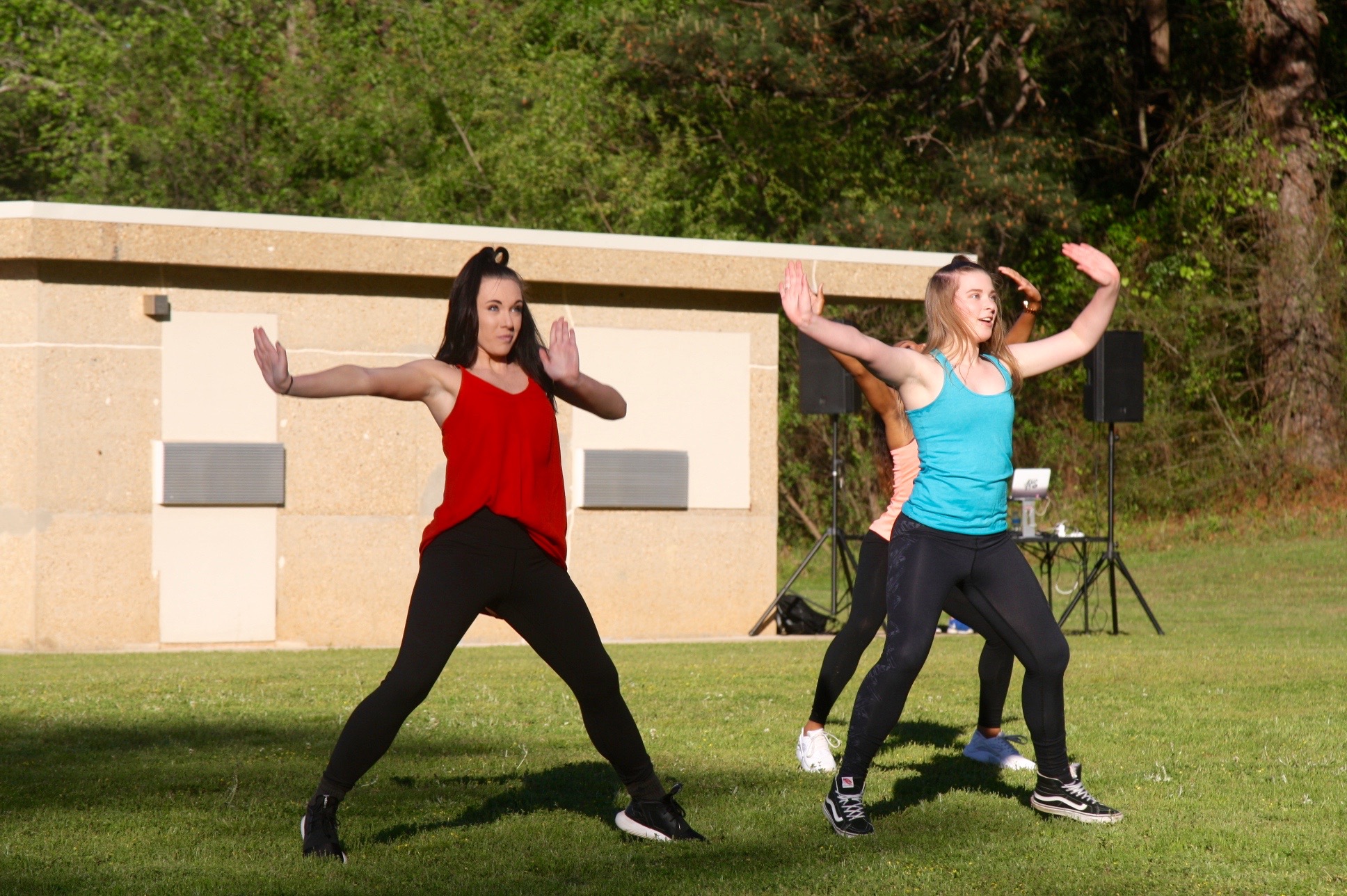 The Rip Tide Dance Crew twirls to the beat of classic Bollywood music before the Holi festivities begin. 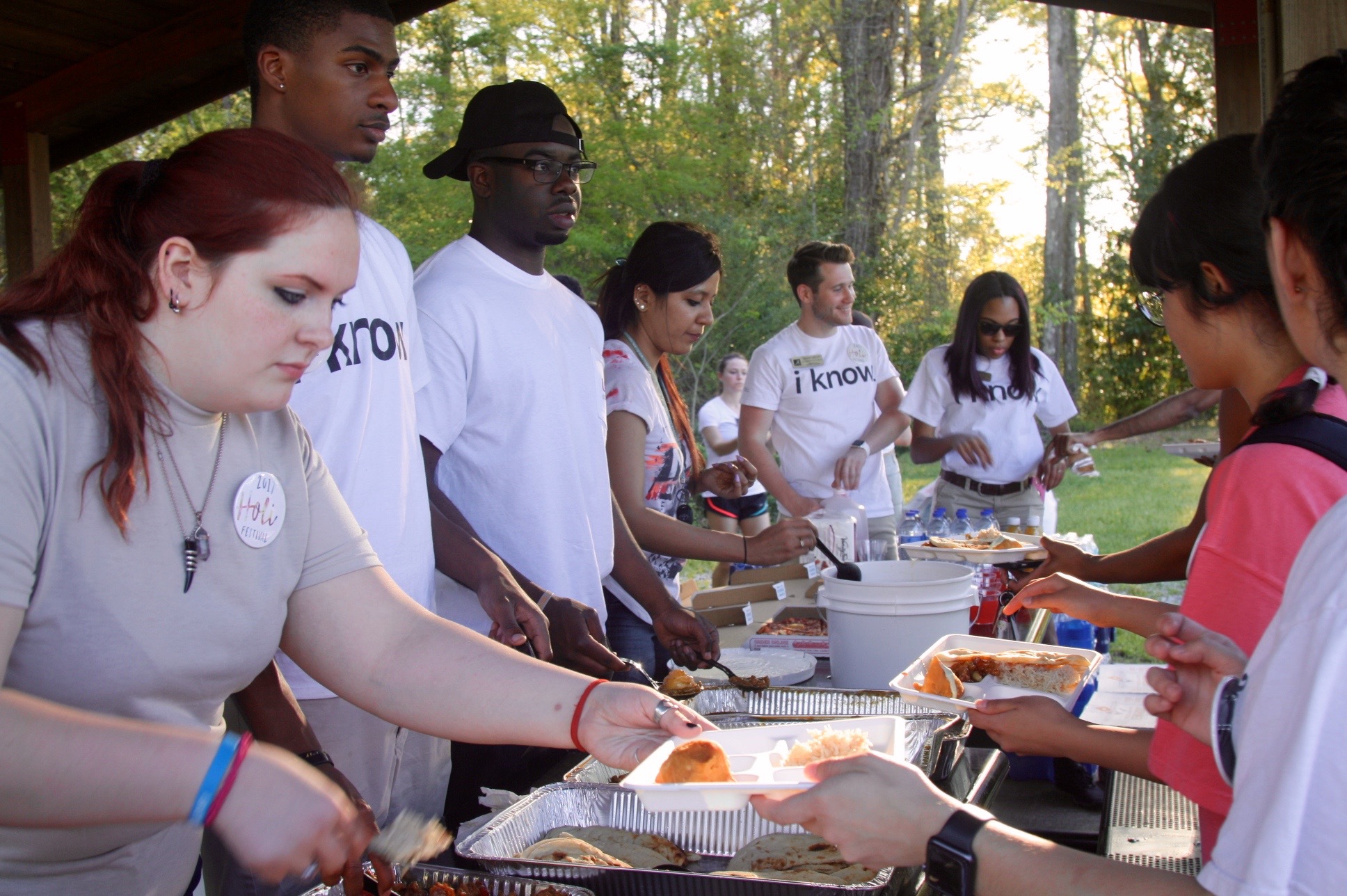 Hungry participants eagerly wait in line to try some of the fabulous Indian dishes in celebration of Holi. 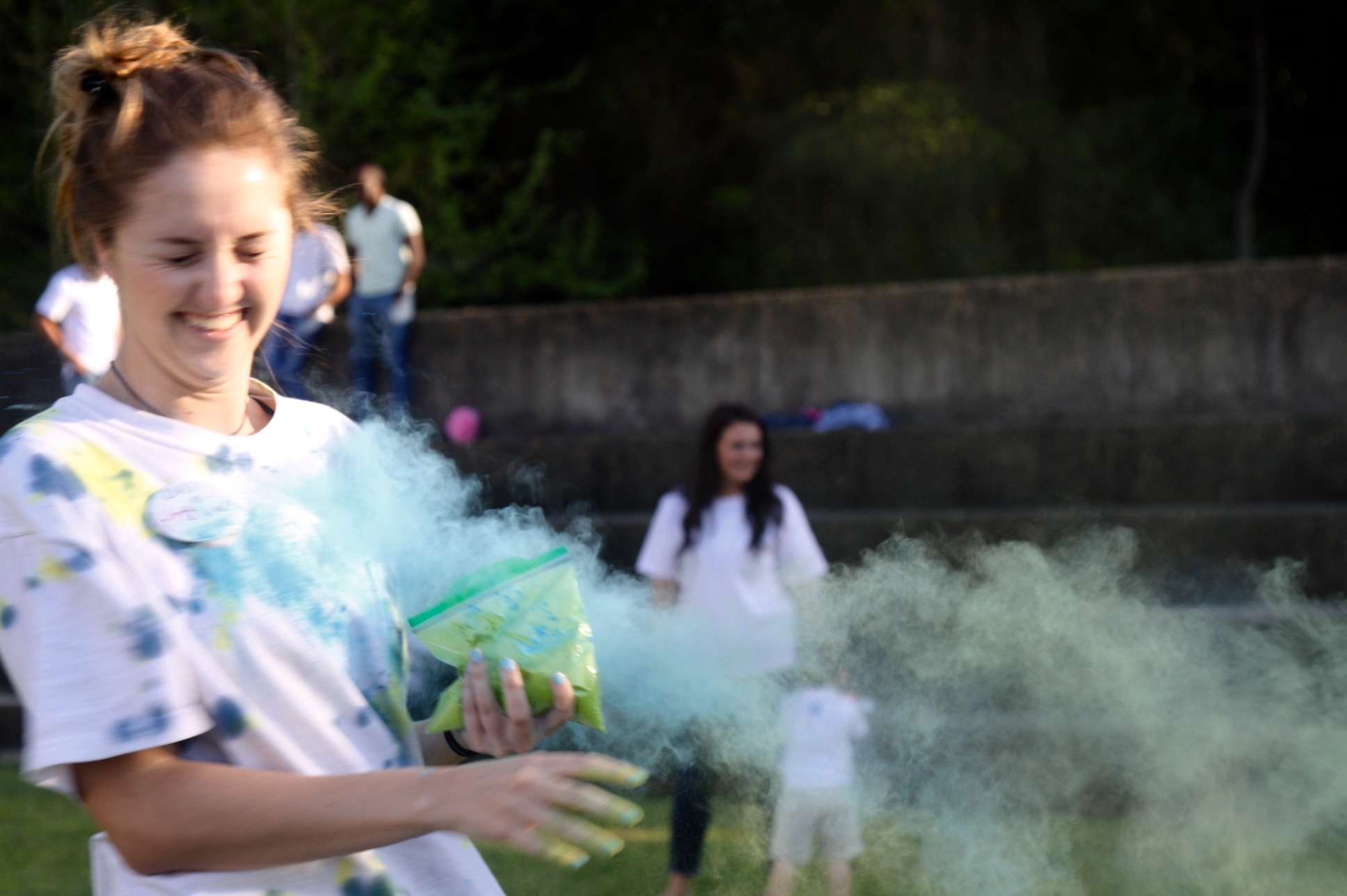 In an instant, students' pristine white t-shirts were transformed into rainbows as the first bags of color flew through the air. 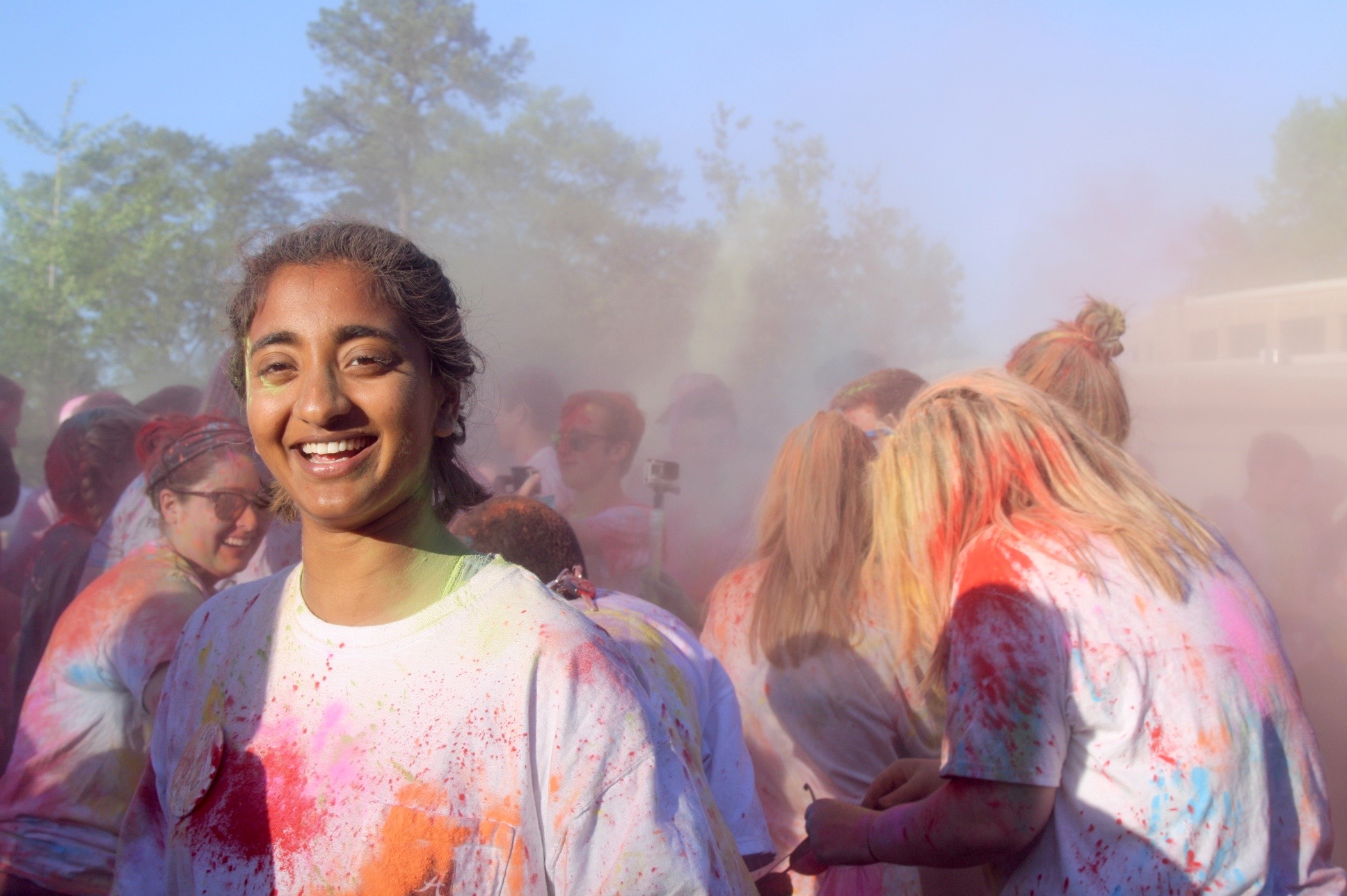 Much like a white t-shirt, smiling was a requirement for Holi participants. 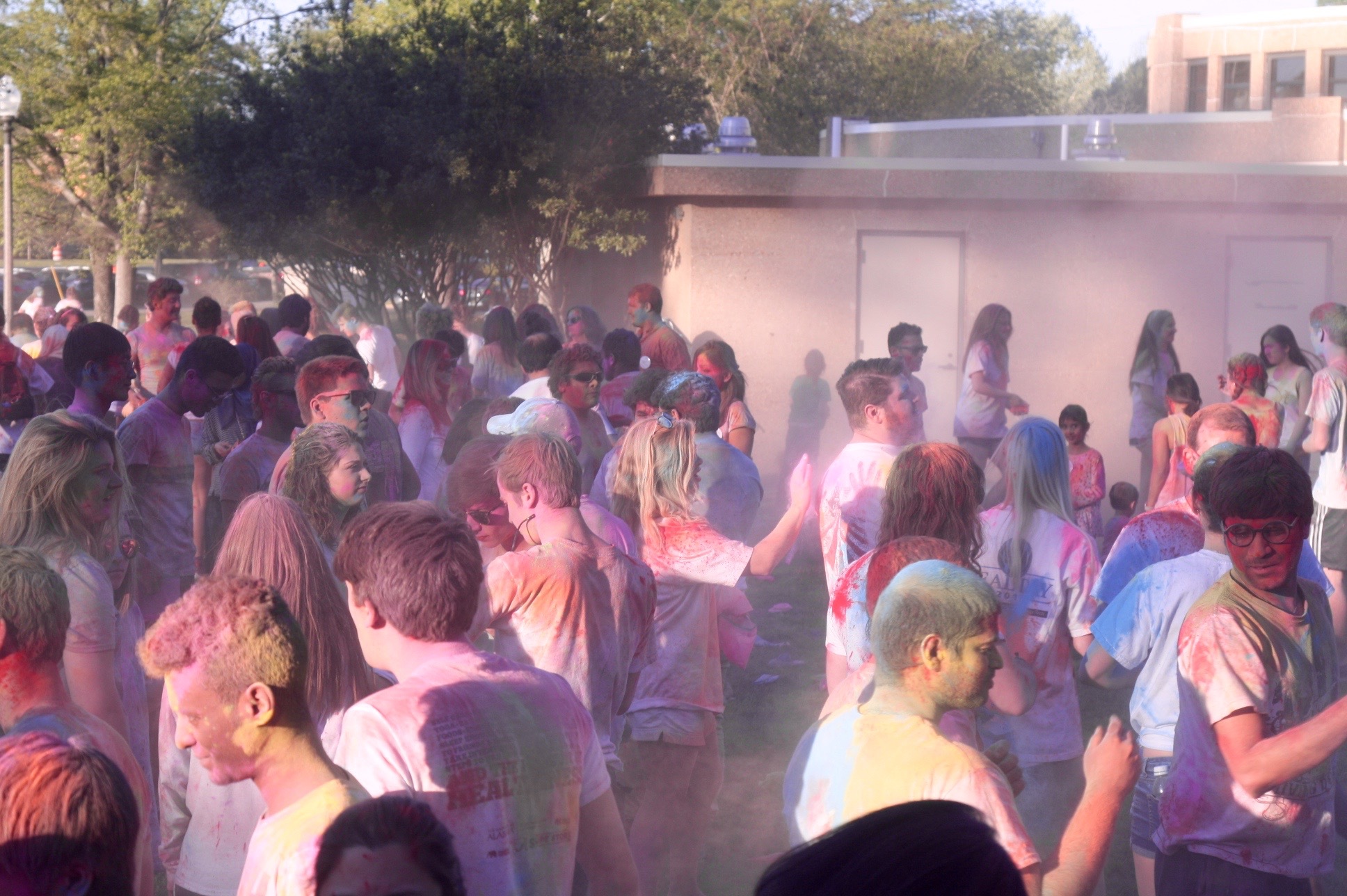 IMG_9751
The Tuscaloosa Transportation Museum became a sea of pinks, blues, and yellows, marking the colors of springtime. 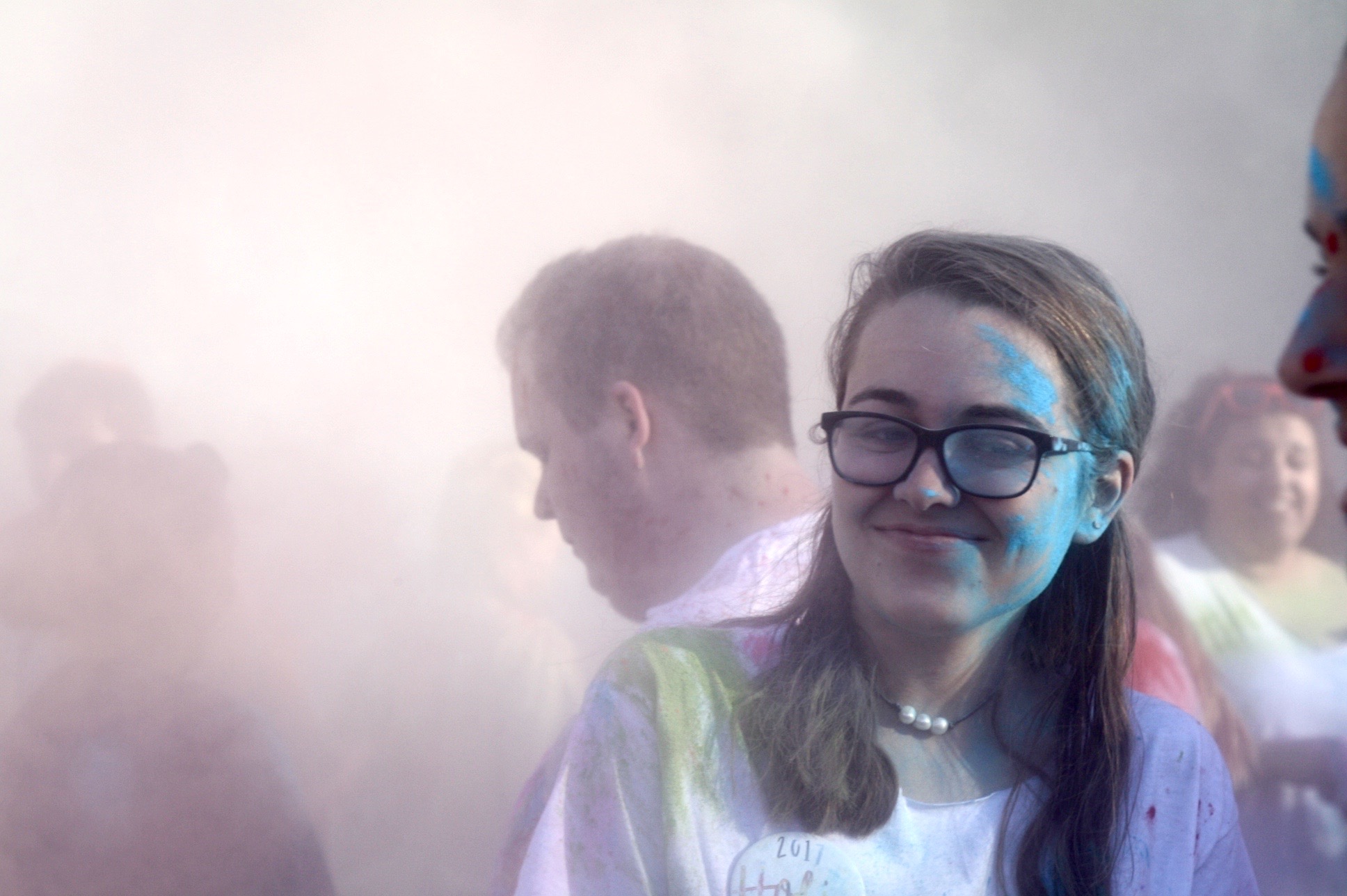 Even in a blinding poof of color, it is impossible not to smile during Holi. 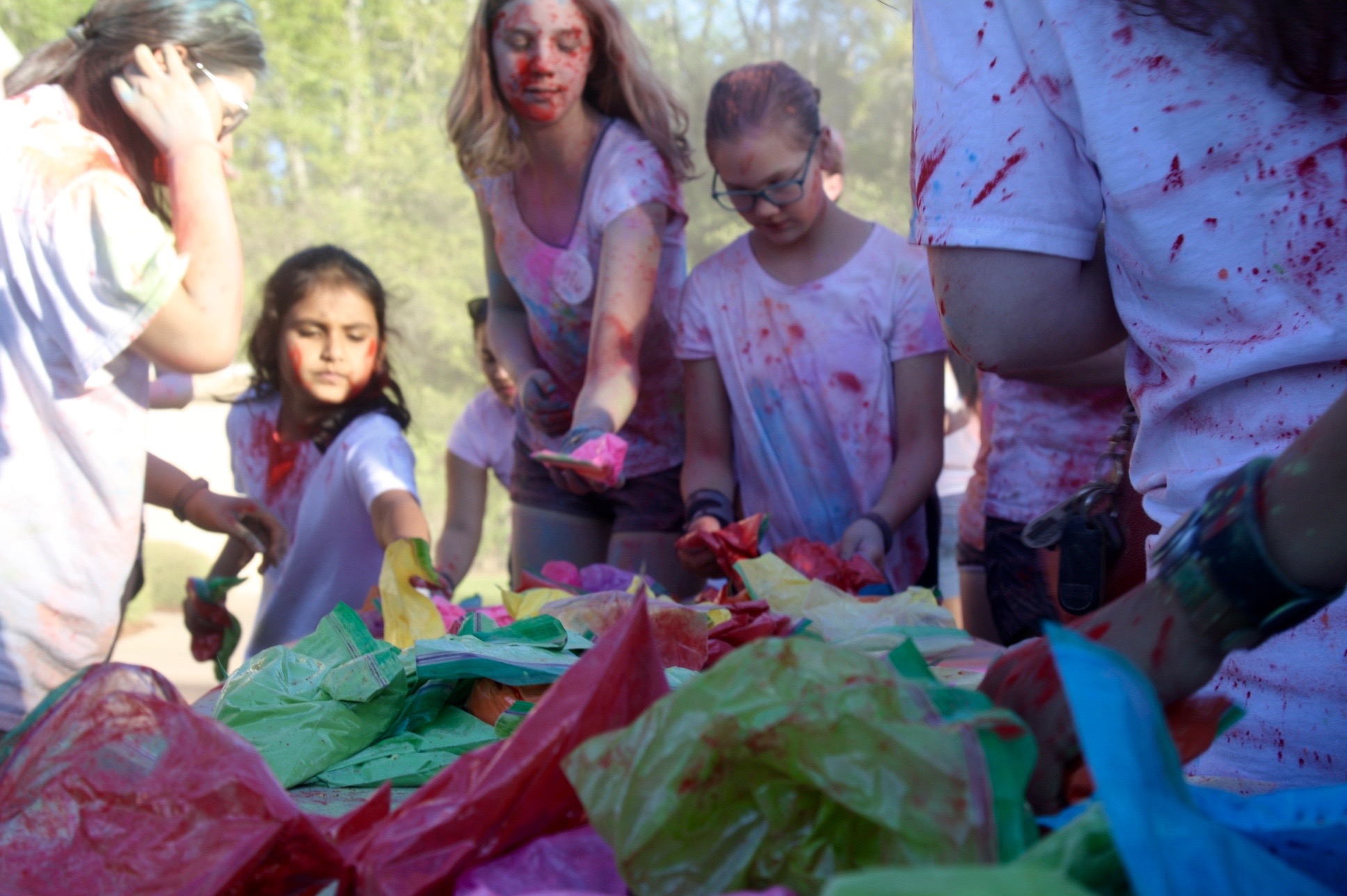 Participants await the second wave of color bombing as they replenish their bags of color. 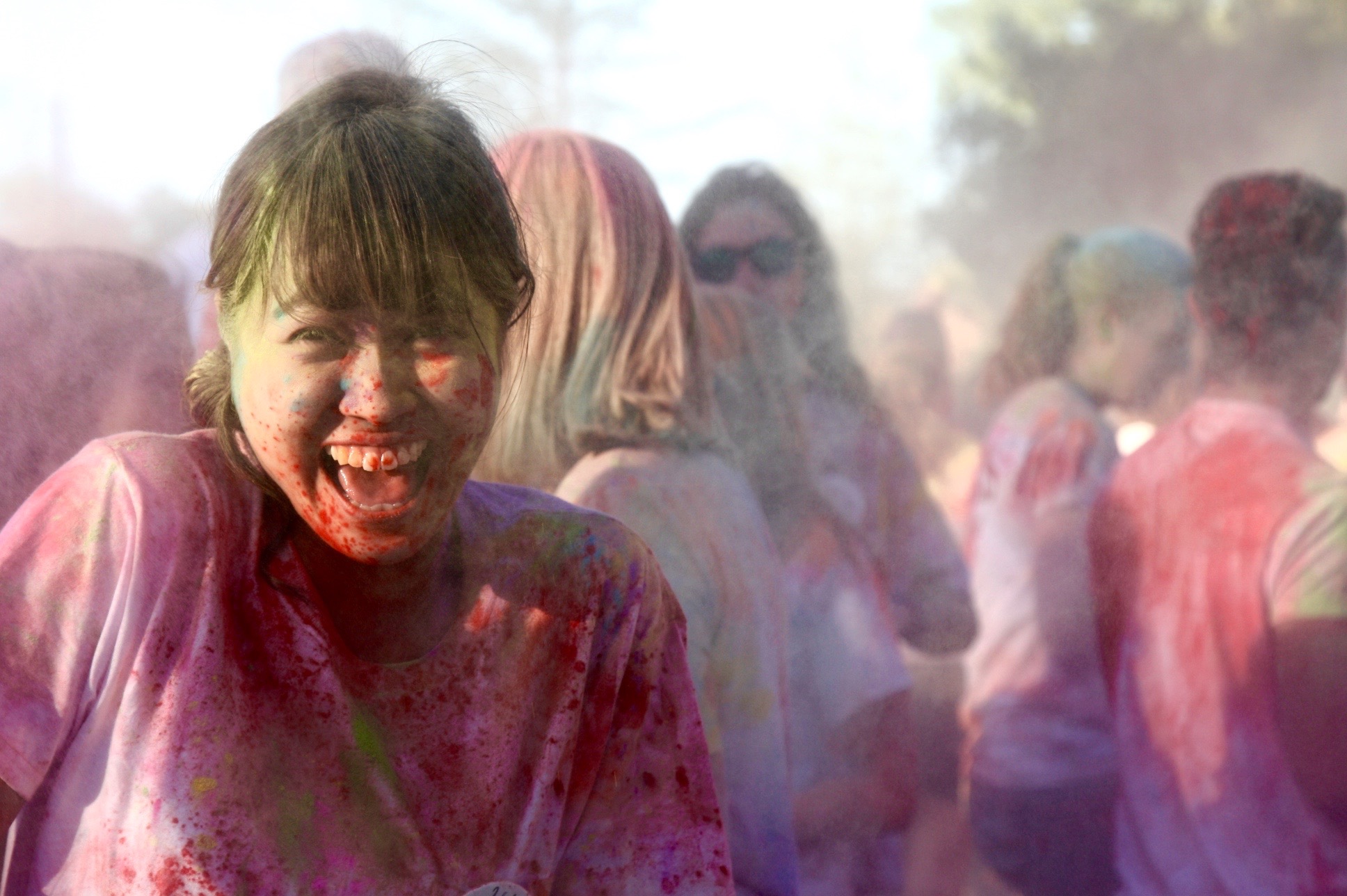 A student playfully shrieks as she is hit with the colors of Holi. 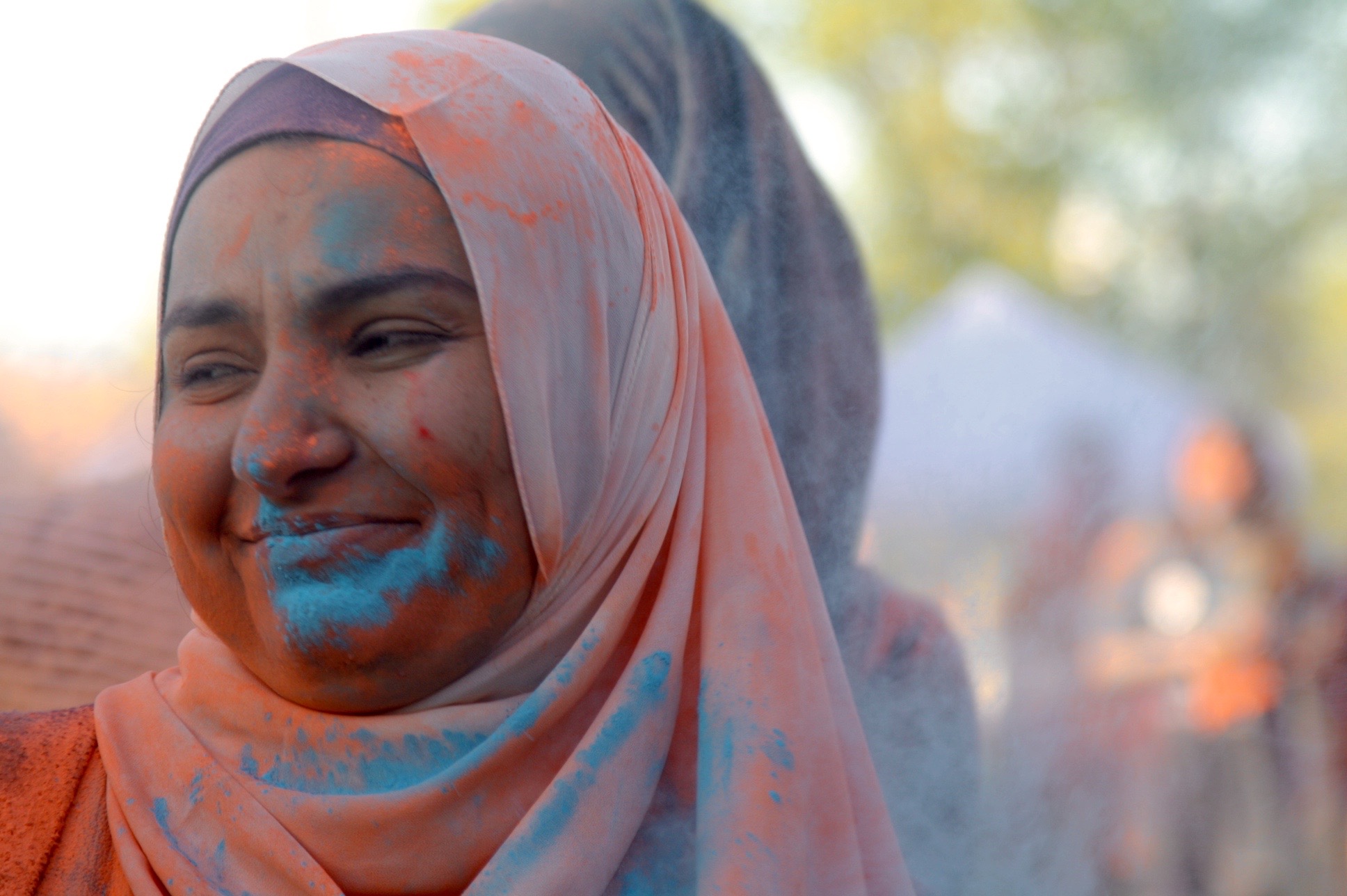 A student's beautiful smile is enhanced with color as she celebrates the annual Holi festivities. 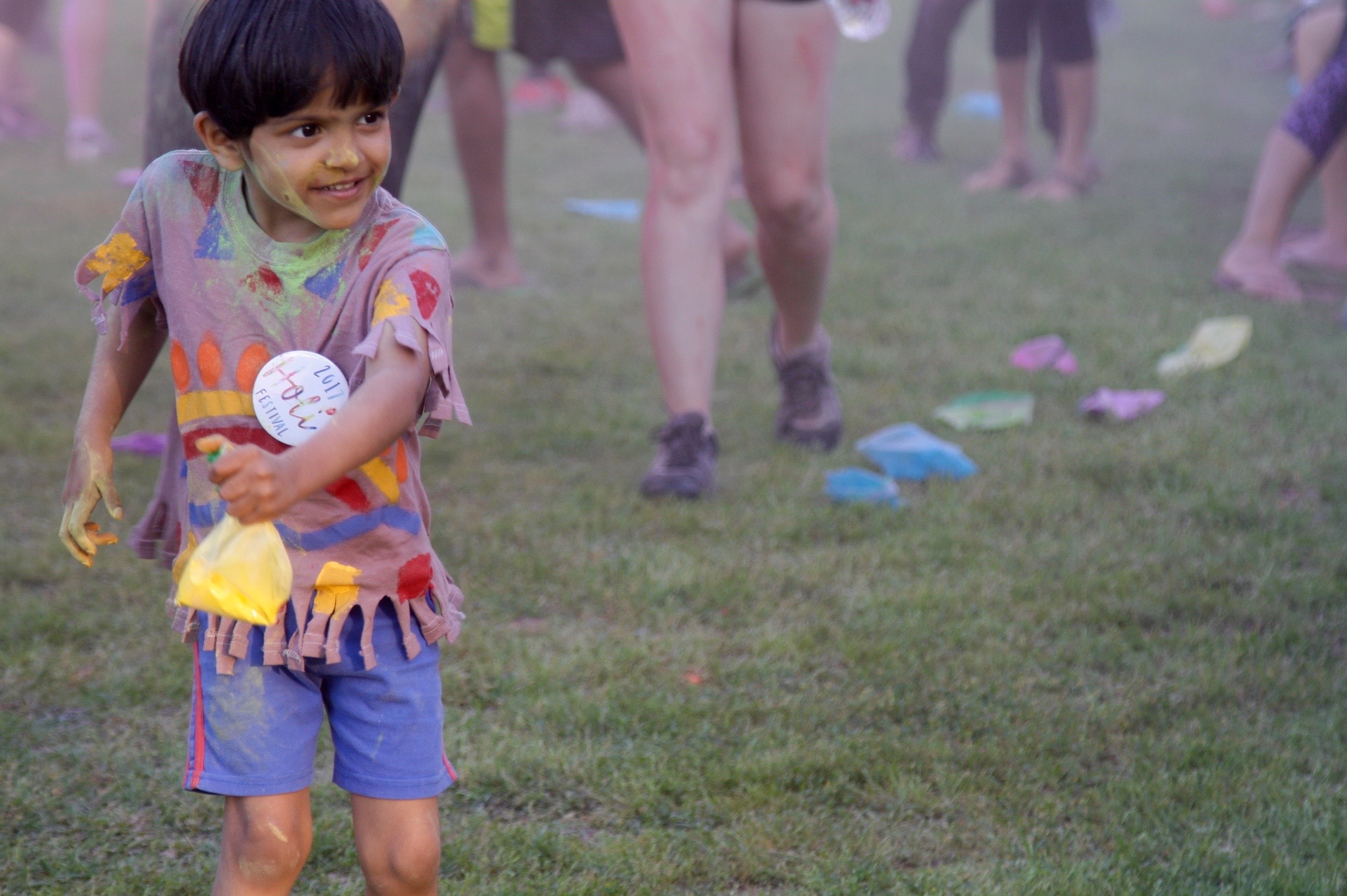 Children cannot contain their excitement as they happily bombard each other with a barrage of color. 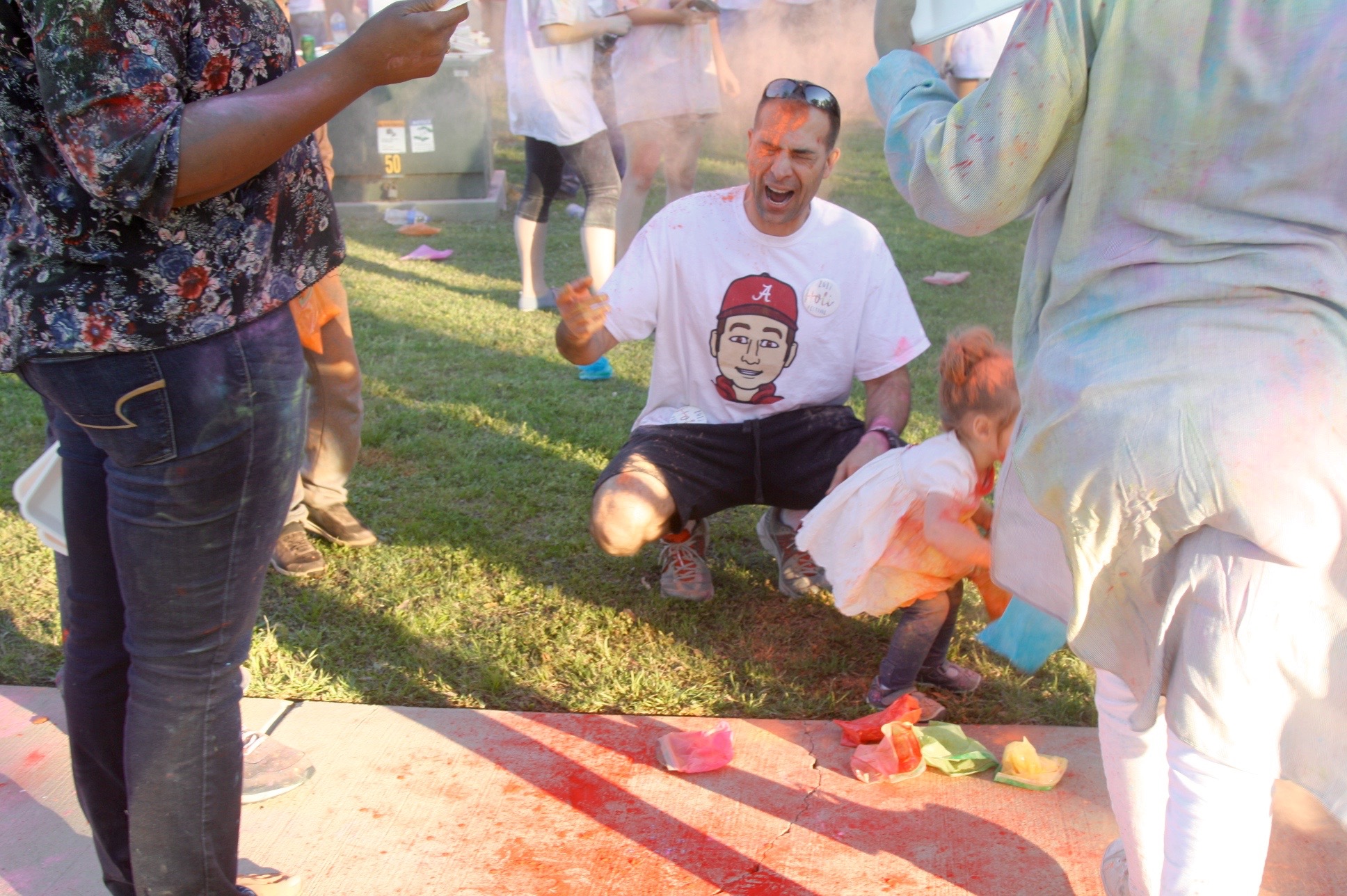 Even on the sidelines away from the crowd, no one is safe from the dazzling colors of Holi.

Bentley Pierrotti, a future student at the University of Alabama, attended the event with a friend.

“I learned about the festival a few weeks ago through a SnapChat story,” Pierrotti said. “There was a spotlight on India’s celebration of Holi and I watched all of the celebrations in India on SnapChat.”

Pierrotti said she loved watching all the kids and people have genuine, clean fun outdoors because it was something different and a lot of fun.

“It was a festival celebrated in a unique way because there was an emersion of Indian people among students that brought meaning to the event,” Pierrotti said. “The event aimed to celebrate the coming of spring and that is exactly what we did.”

Outdoor community events like these are not done frequently and it wasn’t an event that was dead in an hour, Pierrotti said.

“It wasn’t just Indian people and white people at the event,” Pierrotti said. “There were Latinos, African Americans and several different ethnicities present.”

Pierrotti was accompanied by her friends to the event and met new people during the celebration, she said.

“The most memorable image of the event for me was the look on people’s faces,” Pierrotti said. “Children carried bags of powdered color and parents played with their children, while students bathed each other in powdered paint.”

Pierrotti said that the festival of color was a day to remember and it seemed like everyone had genuine fun.

Parnab Das, a civil and environmental engineering major at the University of Alabama, helped plan the festival of color. Das is the president of the Indian Students Association.

“I, along with the help of my board members of the Indian Students Association of Tuscaloosa and The South Asian Society, created and participated in the event,” Das said. “We also partnered with the Capstone International Center, UA Crossroads and the SGA.”

Das said it is a festival of colors and love, and that the powdered colors were to welcome spring.

“When everyone gets clad with different colors, everyone becomes equal,” Das said. “So the message of Holi is to spread social equity.”

The turnout of about 500 to 600 attendees was great, Das said, and they bought the paints from Amazon in bulk in a cornstarch organic color in order for the paint not to stain the clothes.

Come out for Holi next year, Das said. Enjoy the festival, welcome spring by allowing yourself to blossom and make your life more colorful.