Tuscaloosa Marches for Science, Senator Shelby a No Show

Tuscaloosa residents marched through town in support of science based legislation and called for Senator Richard Shelby to make climate change a priority.

Science enthusiasts gathered at Shelby Hall at the University of Alabama at 11 a.m. and marched to Monnish Park for a rally to encourage Sen. Shelby to take science into account when making legislative decisions that could result in negatively effecting the environment. 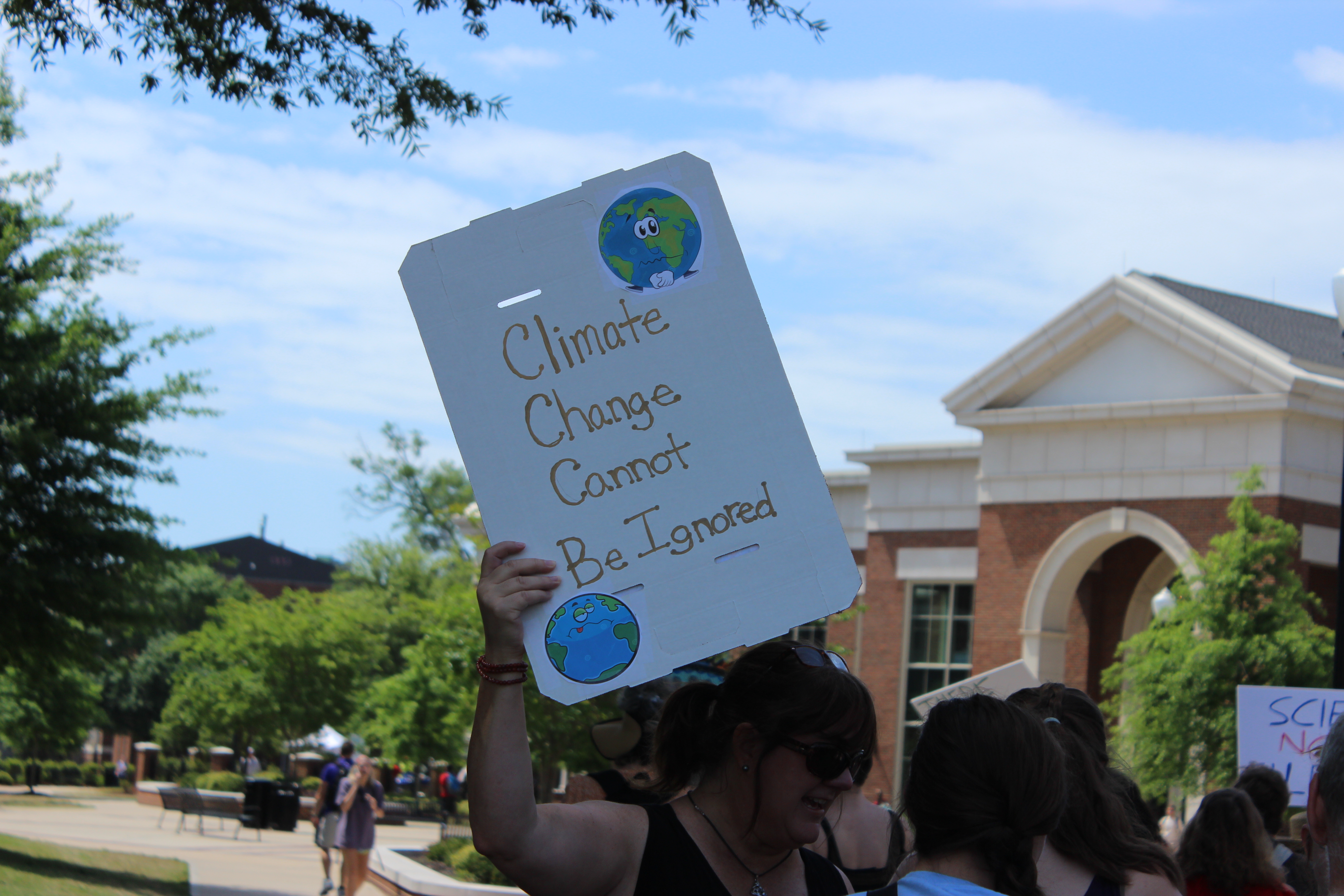 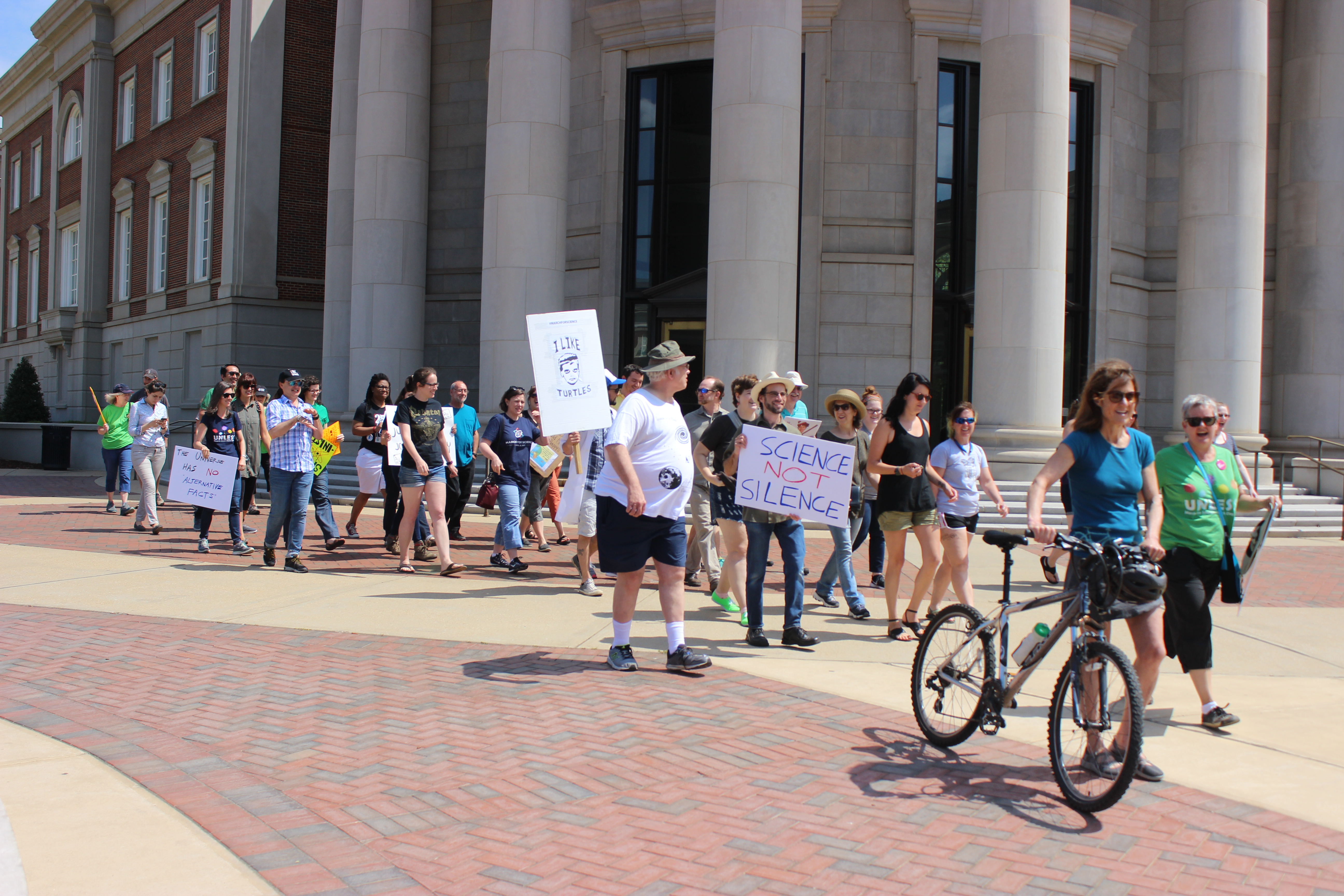 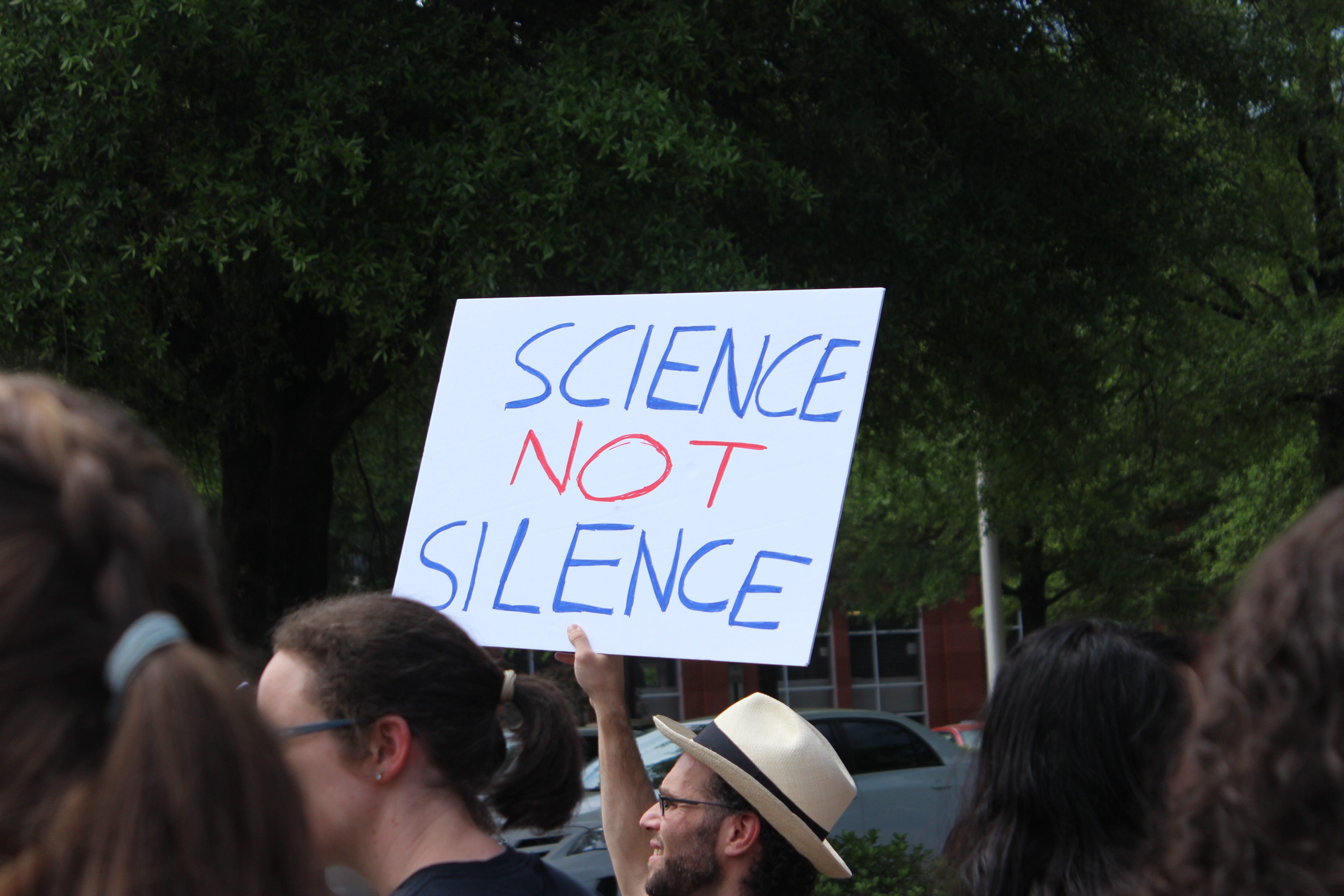 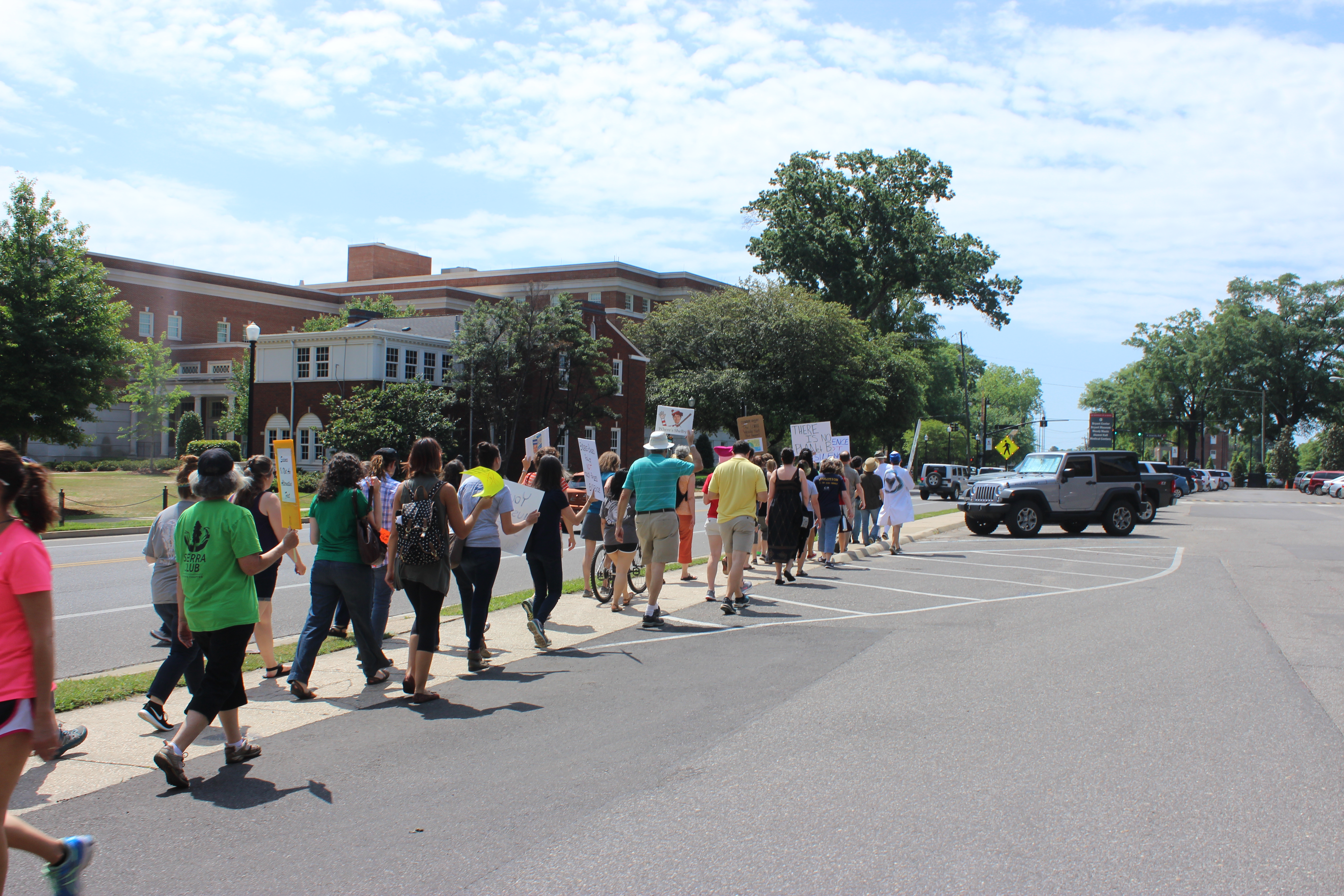 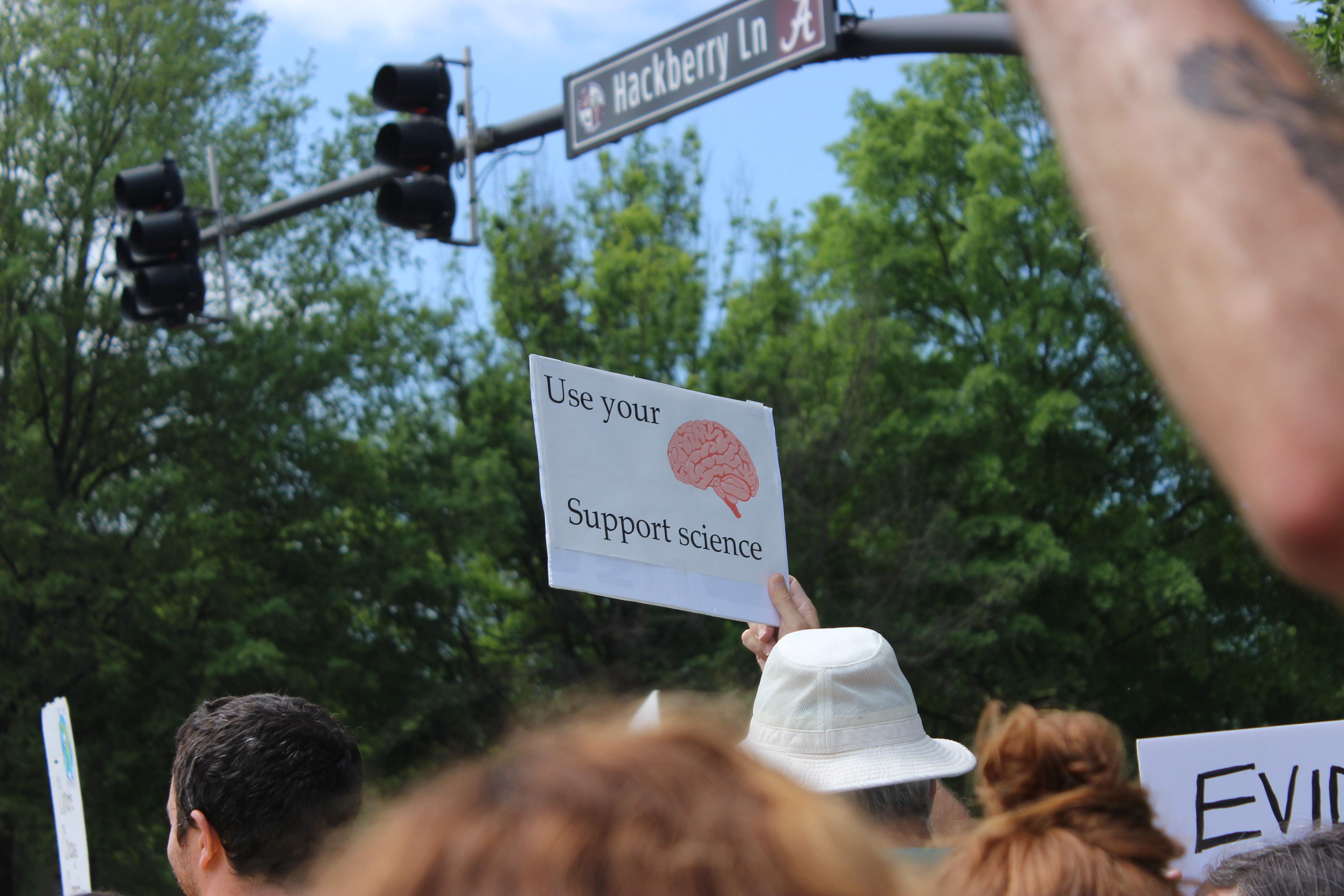 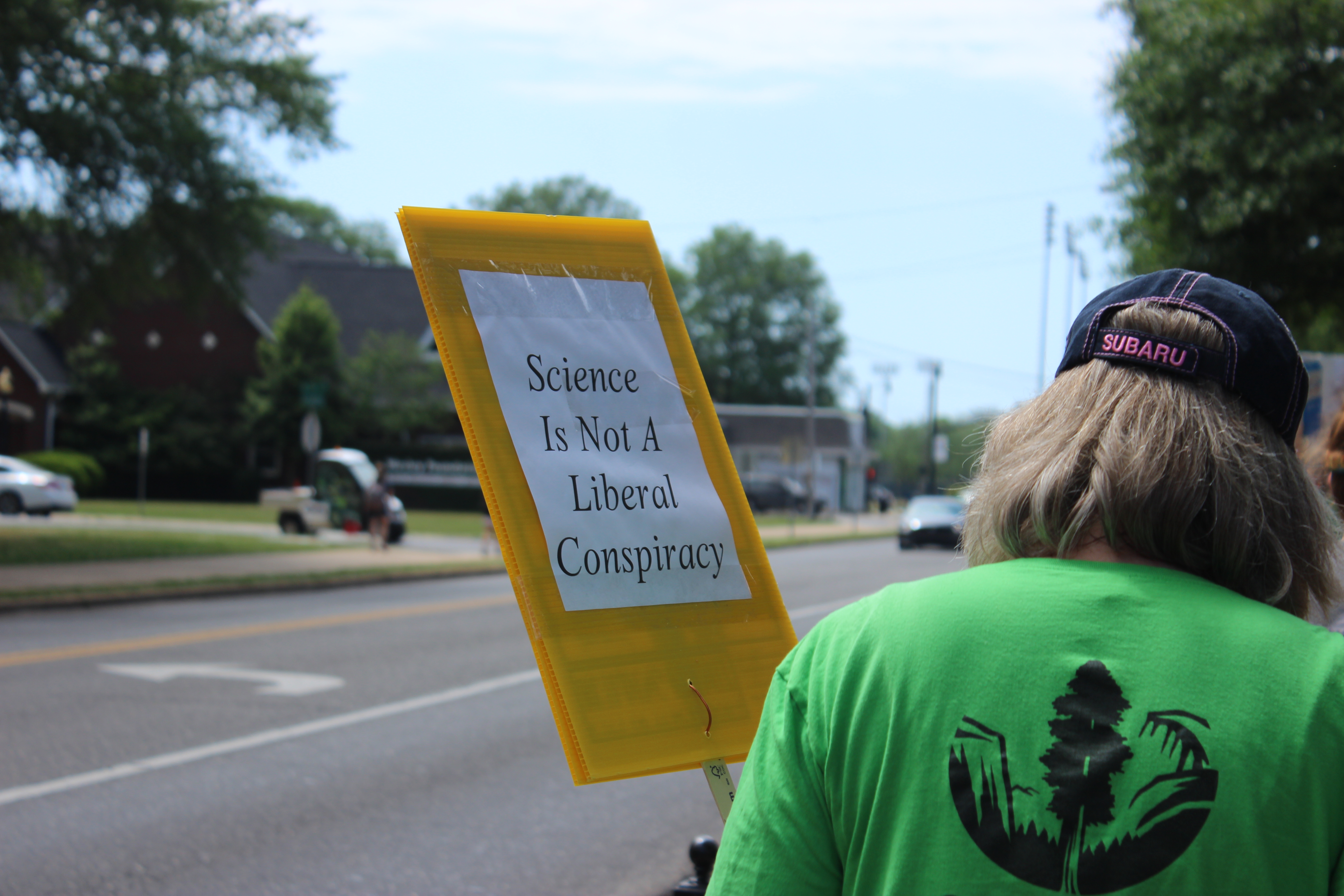 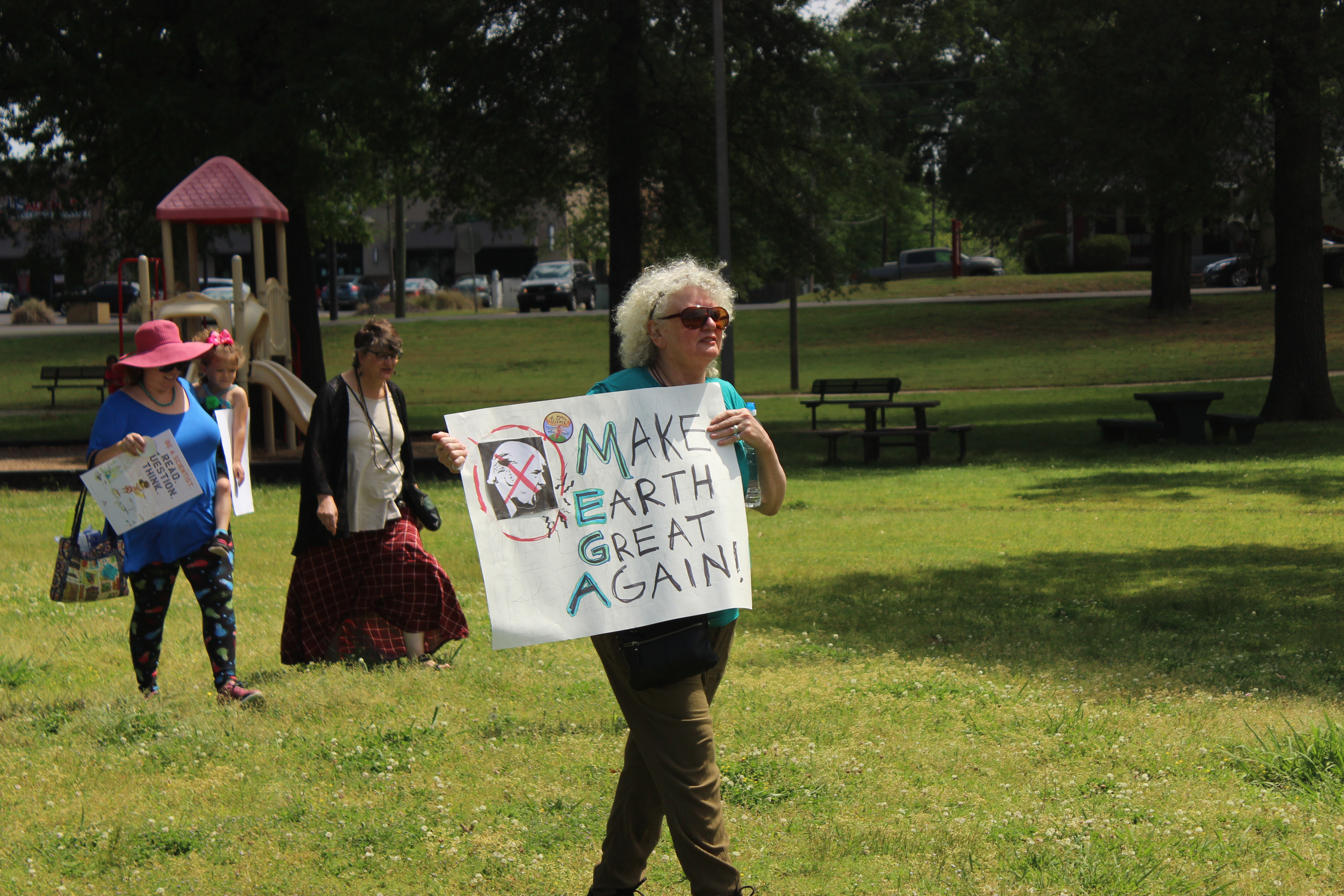 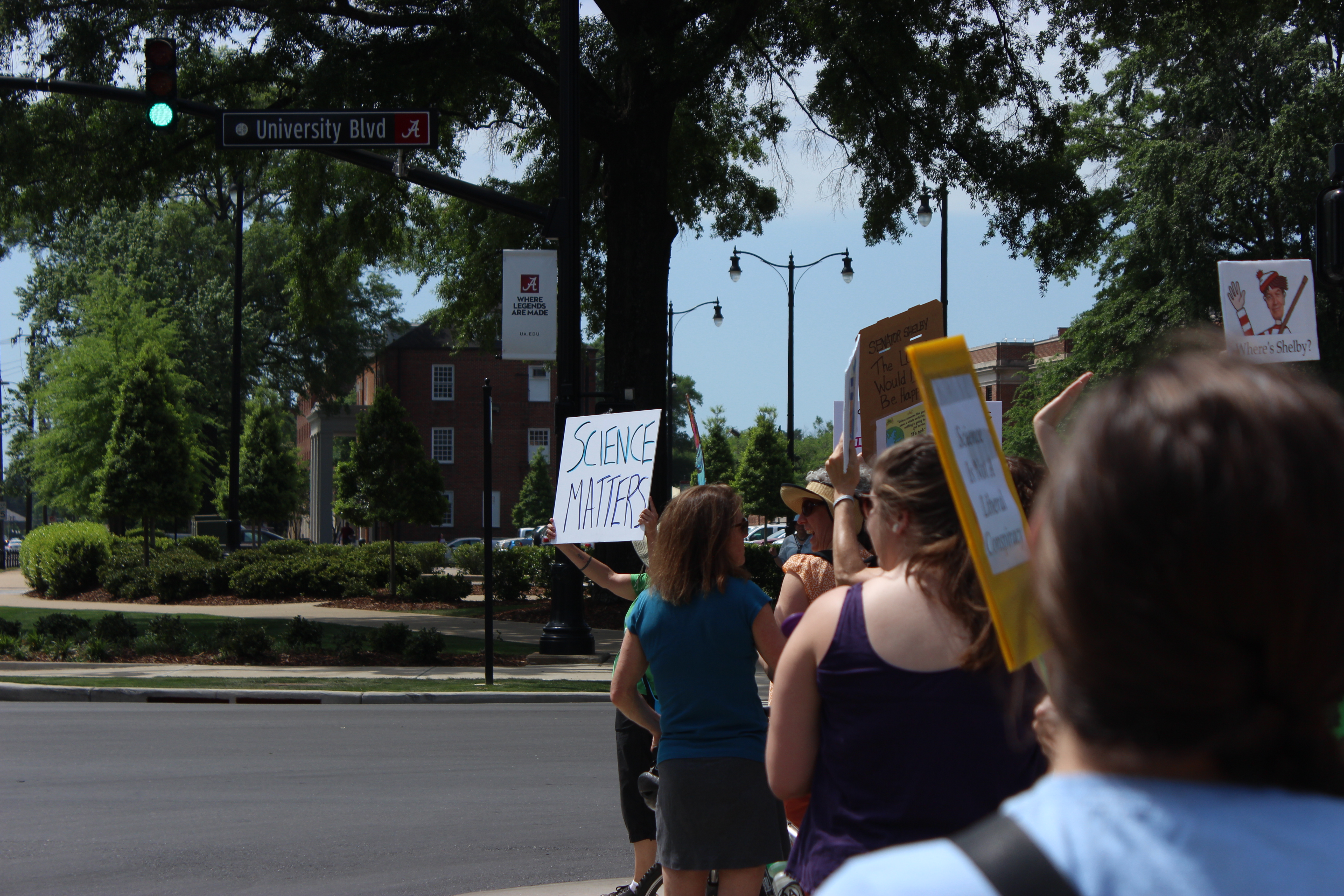 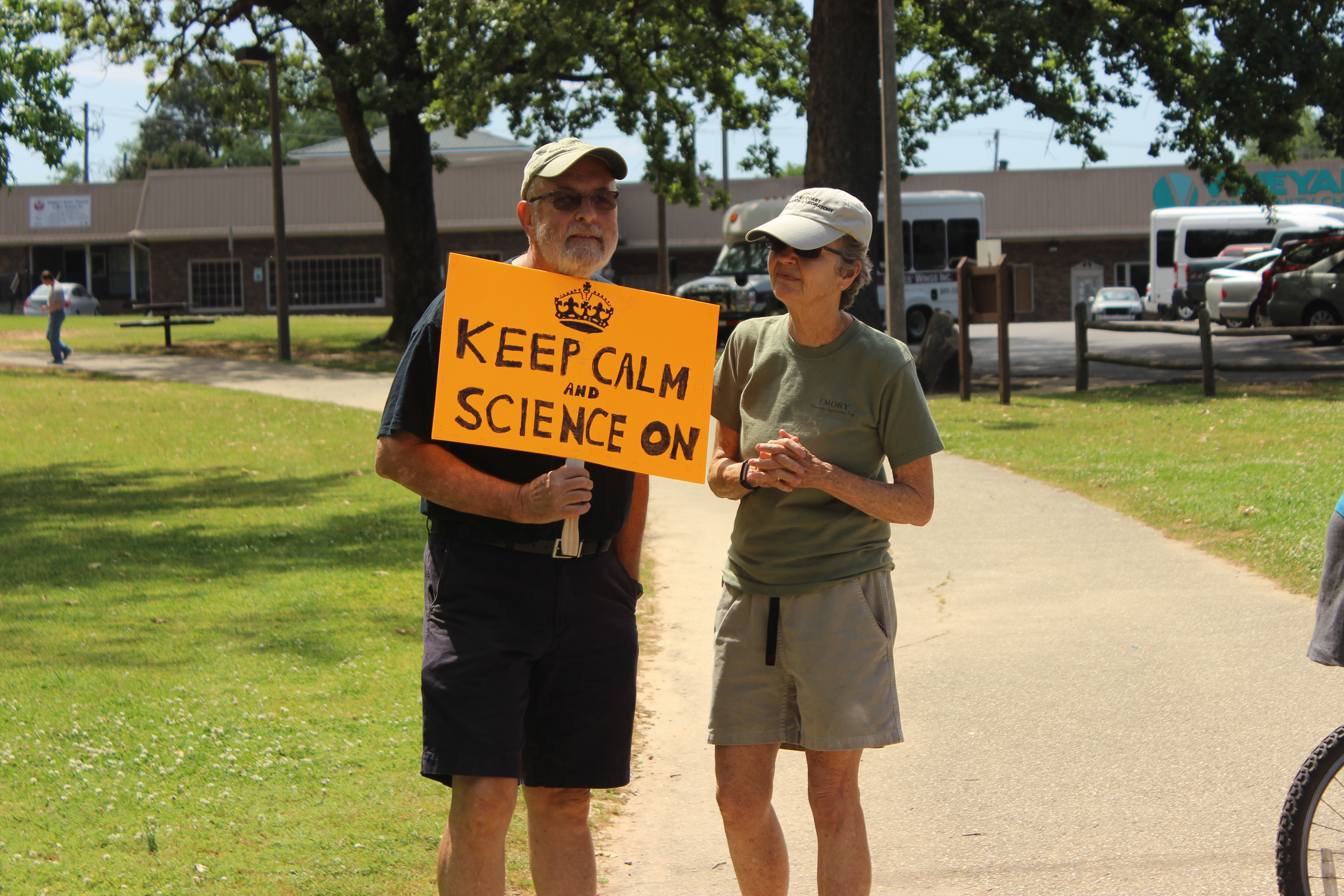 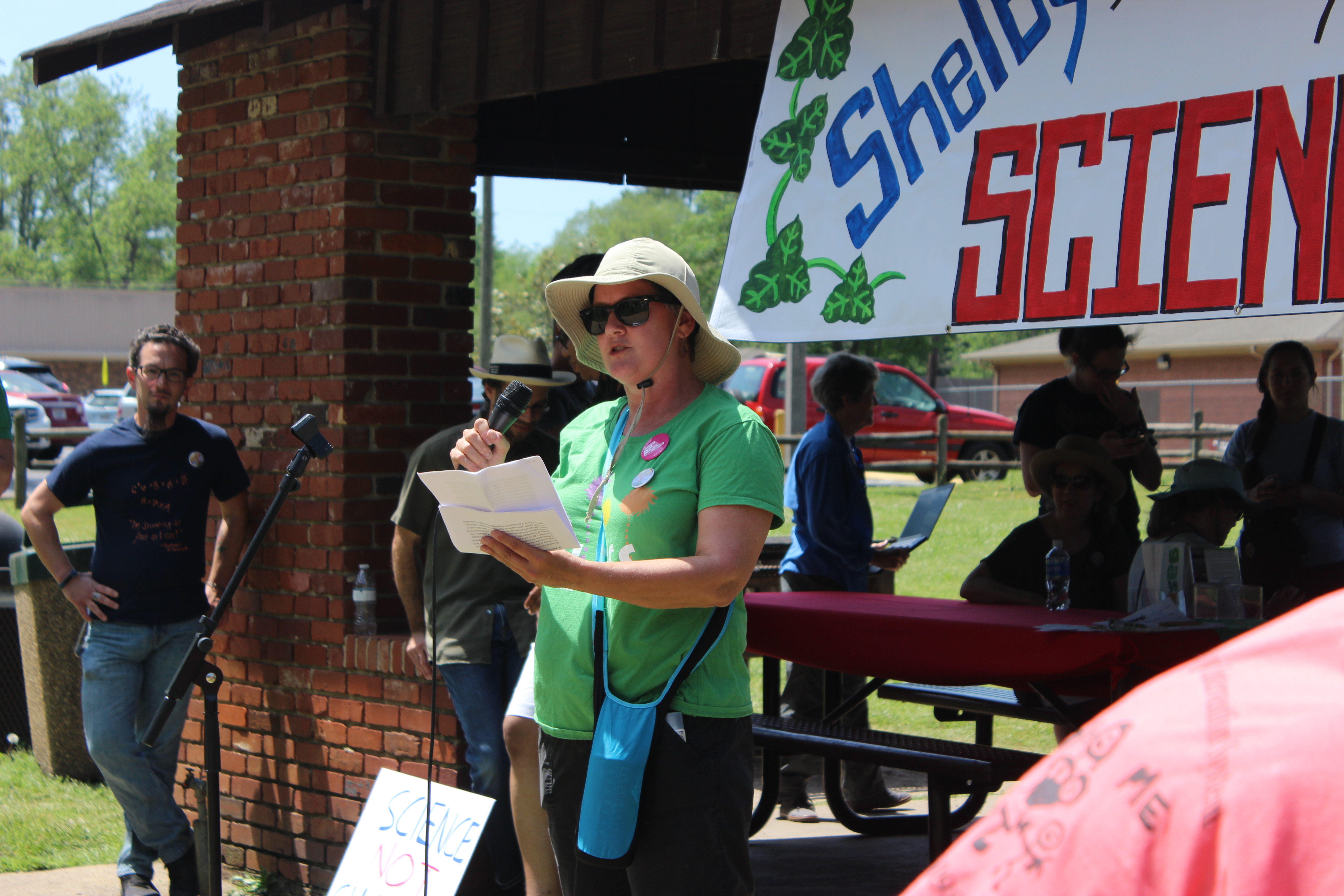 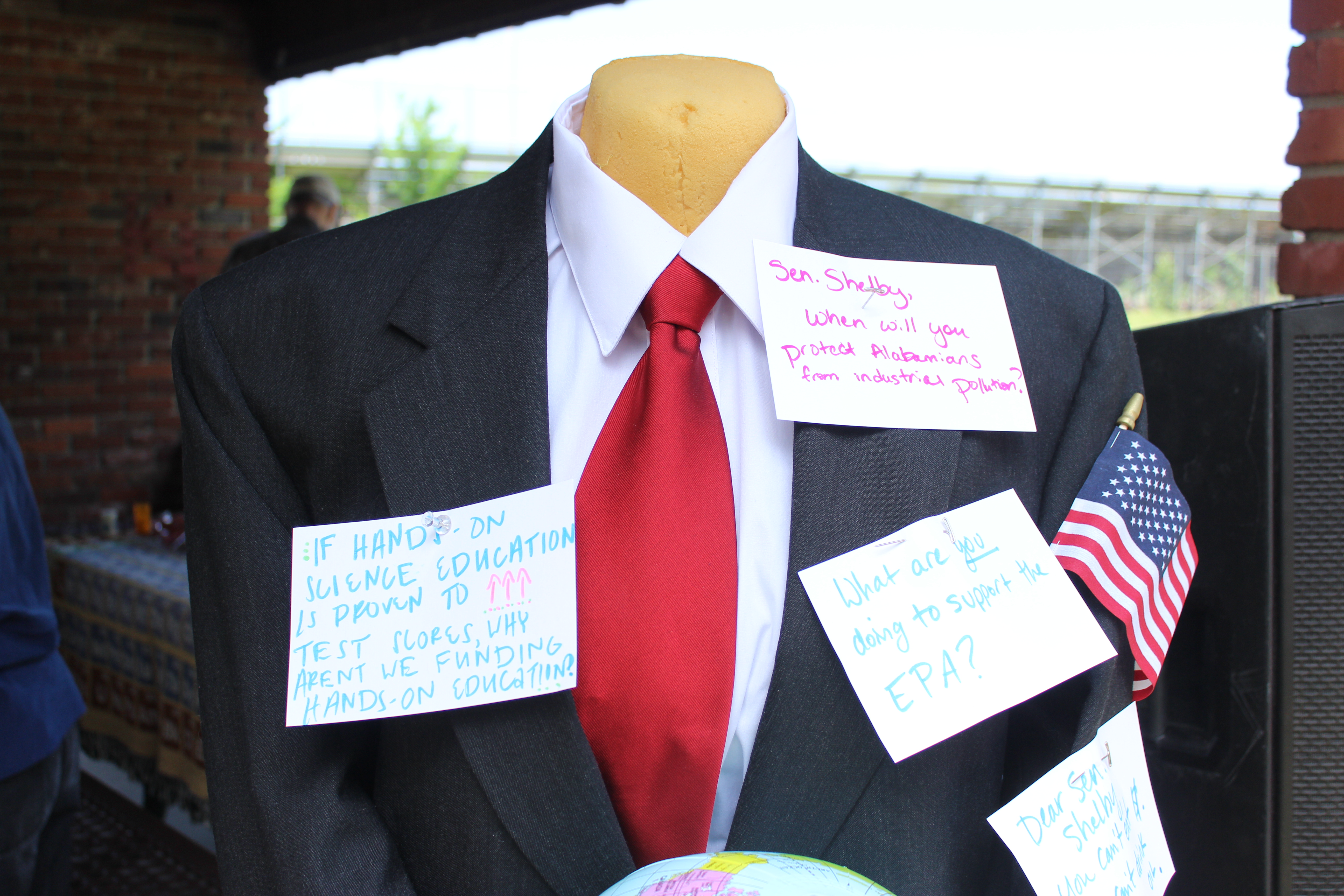 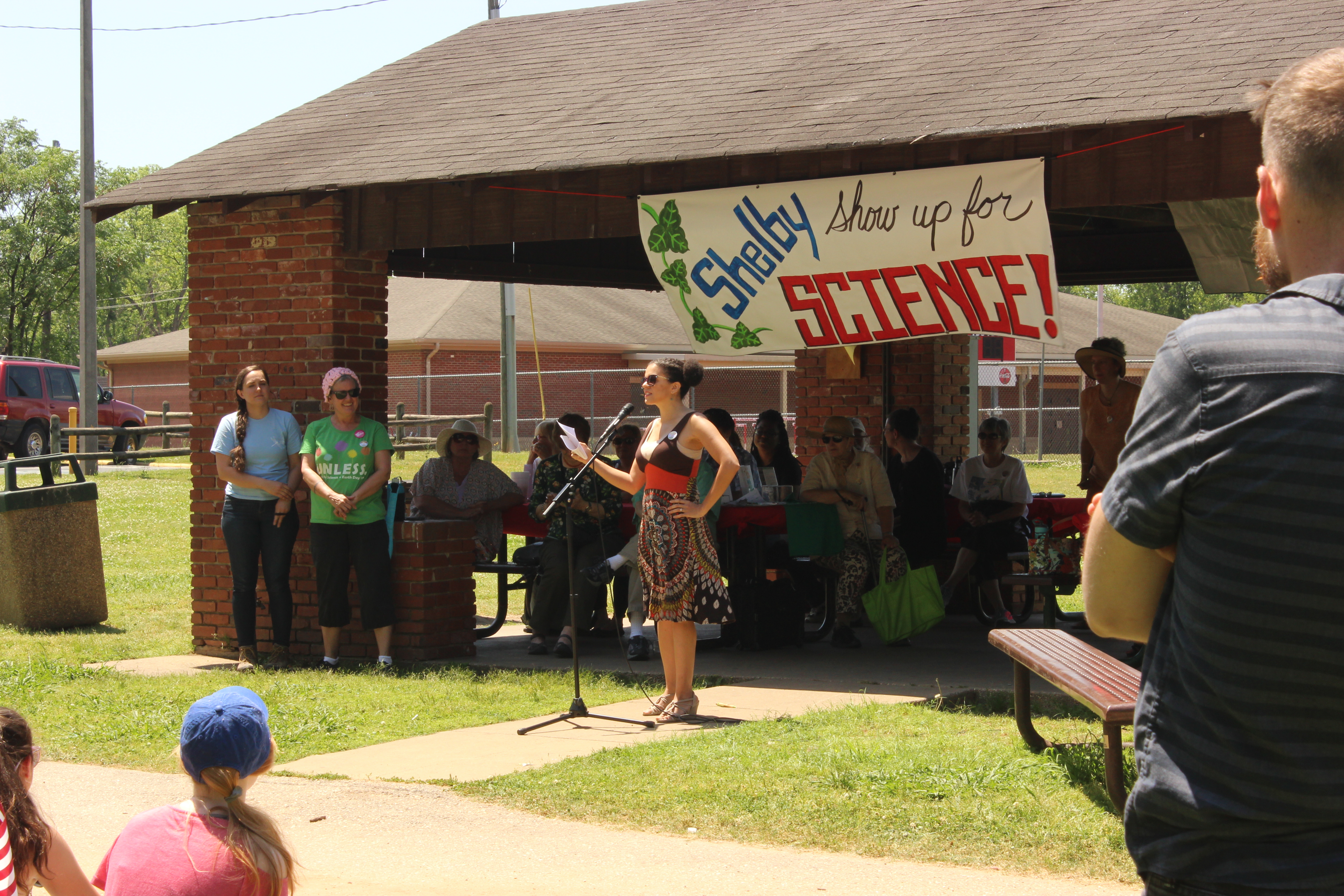 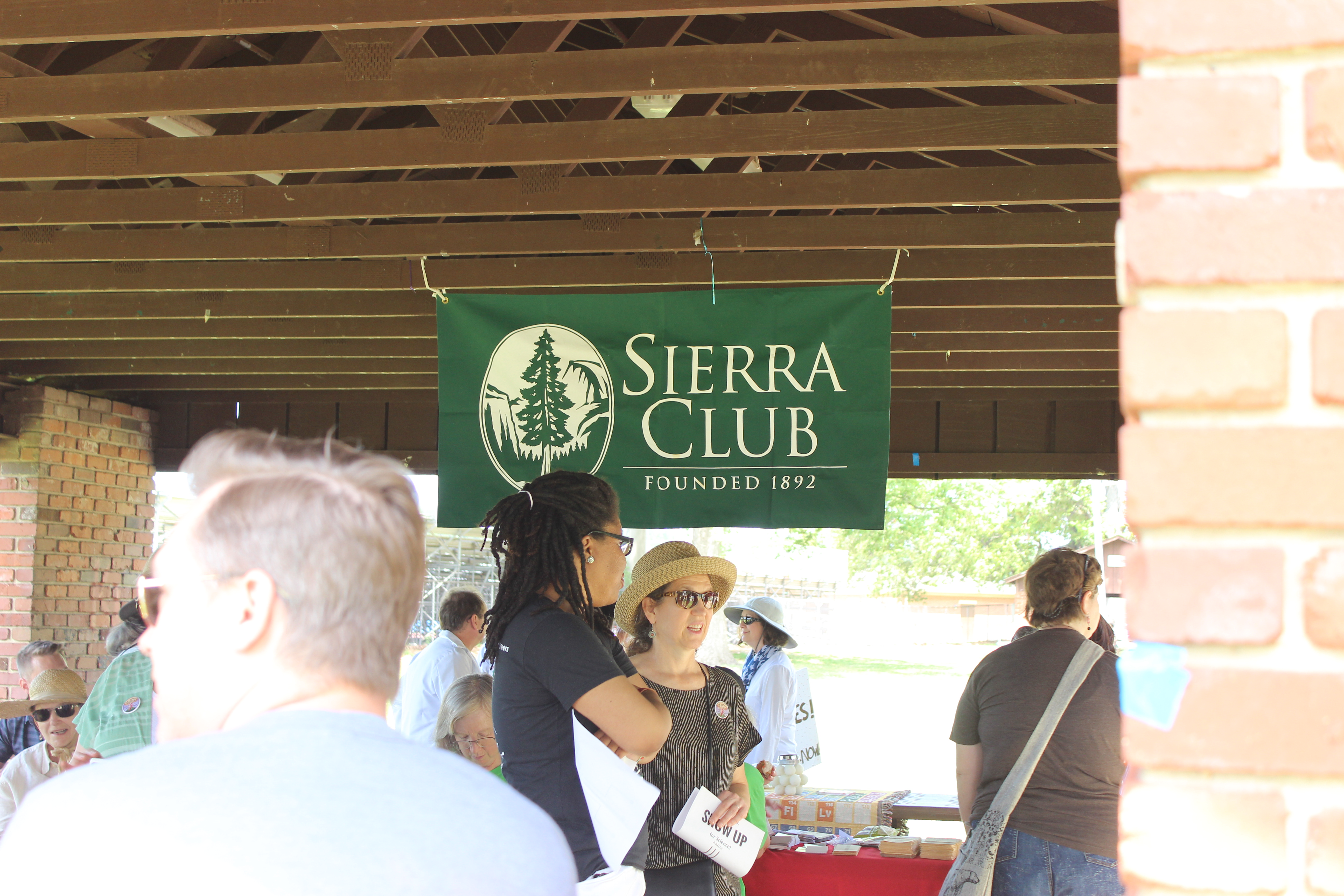 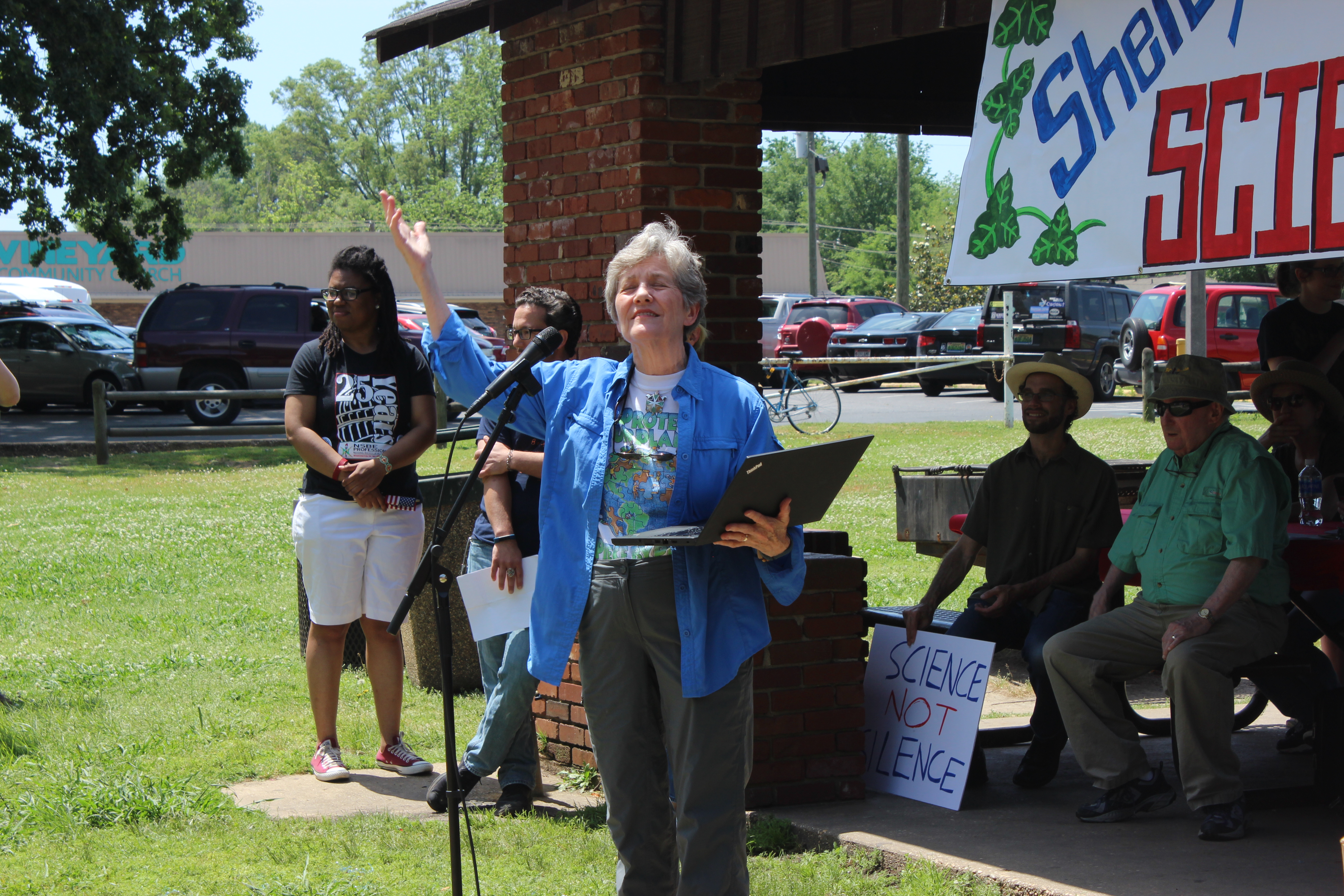 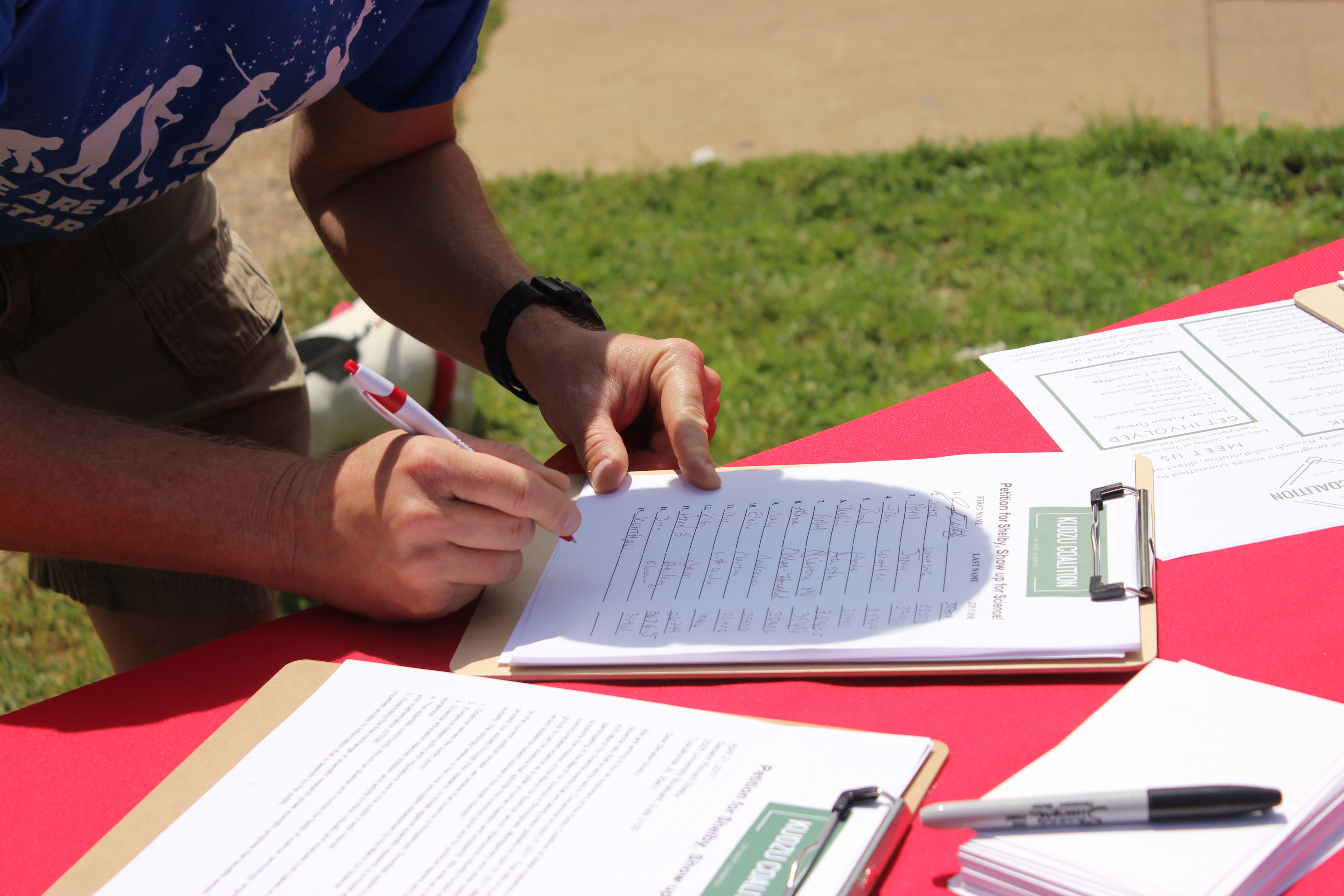 Joyce Lanning, an energy program consultant for the Alabama Environmental Council, said that the general consensus among scientists is that climate change is real and that humans are part of the problem as well as the solution.

“Science never proves anything absolutely but it tells us how likely or unlikely it is to be,” Lanning said. “So the overwhelming majority of scientists studying our climate, including 140 science academies all over the world, tell us that, with a high degree of certainty, our Earth is warming in ways that can inflict harm, that human energy and land use are the primary causes and that we can and should do something about it.”

Lanning said that she wants Shelby acknowledge scientific information on climate change so that measures can be taken to prevent further damage to the environment and support efforts to aid those who will suffer from damage already inflicted by climate change.

“Carbon dioxide is essential for life, we know that,” Lanning said. “So is cholesterol. But too much of either can kill us. Let’s consider doing something now to not deny (climate change), not hide it under the rug but make our Earth great again.”

Patrick LeClair, a professor and department chair in physics and astronomy at the University of Alabama, said that President Trump’s administration threatens the future of science. He said that some of his “brightest and most productive students” could not go home to see their families because they might night be allowed back into the U.S. because of Trump’s proposed travel ban and that Trump wants to cut the budget for D.O.E, which provides funding for scientific research.

“Right now, science is in trouble and we need Shelby to stand up for us,” LeClair said. “Science requires an open mind and the ability to change your mind and that’s the most important part. If your ideology doesn’t allow this, you’re against science and all the amazing advances that science has provided.”

LeClair said that it is be difficult for individuals to change their core beliefs about an issue but that it is necessary to treat science as a partisan issue where politicians on both sides of the isle have to acknowledge and work toward solutions.

“90 percent of (scientists’) ideas are wrong the first time around but it works because of the essential honesty of science that, when our beliefs are wrong, we follow the evidence wherever it takes us,” LeClair said. “It is big risk, big reward in many ways. We lose more often than we win but when we win we can win big. In Tuscaloosa, we’re accustomed to winning.”

John Wathen, environmental activist called the Hurricane Creek Keeper, said that anyone can get involved in environmental conservation and that some of the damage done by corporations can be undone.

“Over the years, I’ve seen a creek that was biologically dead come back to life,” Wathen said. “The way we did that is that we fought the coal companies that were dumping this acidified water into the creek. We fought the developers were not using the proper best management practices to keep the sedimentation out of our waterways. We fought the fracking companies that had the wells up there that were draining into the watershed. We did this all based on science.”

Wathen said that Shelby and Trump have denied the evidence for climate change and instead have chosen to side with companies that extract minerals from the earth for profit. He called for citizens to use their vote or to run for office to help fight against climate change.

“Under this administration since January, I’ve already seen a rollback in environmental law that’s going to set us back 20 years,” Wathen said. “It’s time for us as Americans to make them change these politics and if the elected officials won’t change the politics, it’s time to change the politicians.”

Frannie James, a global studies instructor in the Capstone International Center and member of the Kudzu Coalition of West Alabama, said that this march was for people who are committed to transforming the community through collaborative, direct action.