The Firehouse Ministry aims to help, not to enable.

BIRMINGHAM — In response to recent freezing winter weather, leaders from the city of Birmingham have been talking about ways they can provide more than shelter to its homeless community.

Part of that conversation is the Firehouse Shelter, a ministry that has been serving homeless men in Birmingham for over 35 years. Sixty-seven percent of the men served there are described as “chronically” homeless, according to Firehouse.

Chronic homelessness is defined as being homeless at least four times in the past three years or spending at least one full year living on the streets.

Anne Rygiel, executive director of Firehouse Ministries, said the biggest part of their ministry is housing. The Firehouse has five different housing programs.

“Safe Haven is a housing facility for men with documented mental illnesses,” Rygiel said. “The men are allowed to stay in the facility for an unlimited amount of time.”

Firehouse serves about 4,000 men, women and children each year.

Although housing is a significant aspect of the Firehouse, it is not the only service offered.

“Anyone who is homeless in Birmingham has had some kind of connection with Firehouse, either through the feeding program or street outreach programs,” Rygiel said.

Firehouse provides case management on the street, in the parks, under bridges and in abandoned buildings.

“Every person is different, you can’t take a cookie-cutter approach to care,” Rygiel said.

Firehouse case managers have a variety of backgrounds, from ministers and a retired attorney to professionals with bachelor’s and master’s degrees in social work, counseling and criminal justice.

They even have men who were homeless and have gone through Firehouse’s services now serving as case managers.

Half of Rygiel’s staff was once homeless.

“We have lots of different ages, personalities and backgrounds,” Rygiel said. “If someone doesn’t connect with someone, there’s going to be someone else.”

Rygiel said they do not have a formal way to advertise their services, but the homeless community is good at communicating.

Firehouse does not force people to attend programs. They want people to want help. 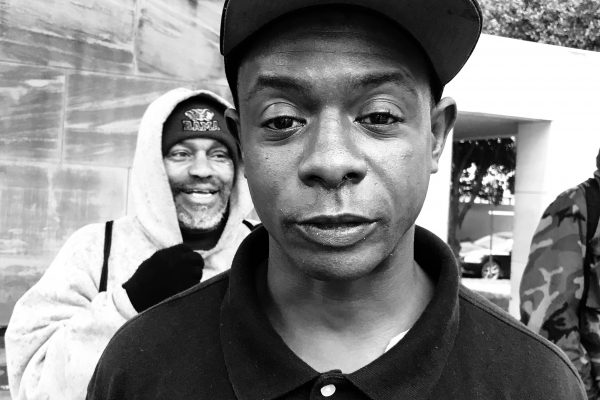 David Sanders is one of Birmingham’s chronically homeless men. He said he remembers being an ‘A’ student wanting to pursue a baseball career. His lack of patience landed him in a prison cell. Sanders attends services offered through Firehouse and said his goals are to overcome homelessness and help others.

Don Lupo, director of Mayor’s Office of Citizen Assistance, said his life mission is to “love thy neighbor as thyself.”

Lupo has always used his position at the mayor’s office to remember the poor, from opening the Boutwell to having various organizations donate meals, blankets and toiletries.

Living and working downtown have enabled him to grow close to the homeless community. Rather than treating them like strangers, Lupo treats everyone he walks by as his neighbor.

He said they are “his boys” and they occasionally go out to restaurants, Mugshots specifically.

Lupo also serves on the Firehouse Ministry’s Board of Directors.

One message he wants to send to the community is to volunteer through established shelters. Lupo said various organizations do giveaways at local parks, often resulting in fights. If community servers go through a shelter, it will make the process more structured and less dangerous.