“We don’t stand for this. We are demanding action.”

Ben Osborne can chart his life in a timeline of mass shootings: Columbine, Virginia Tech, Newtown and Parkland.

Judging by the number of students who attended the March for Our Lives in Birmingham on Saturday, Osborne is not alone. 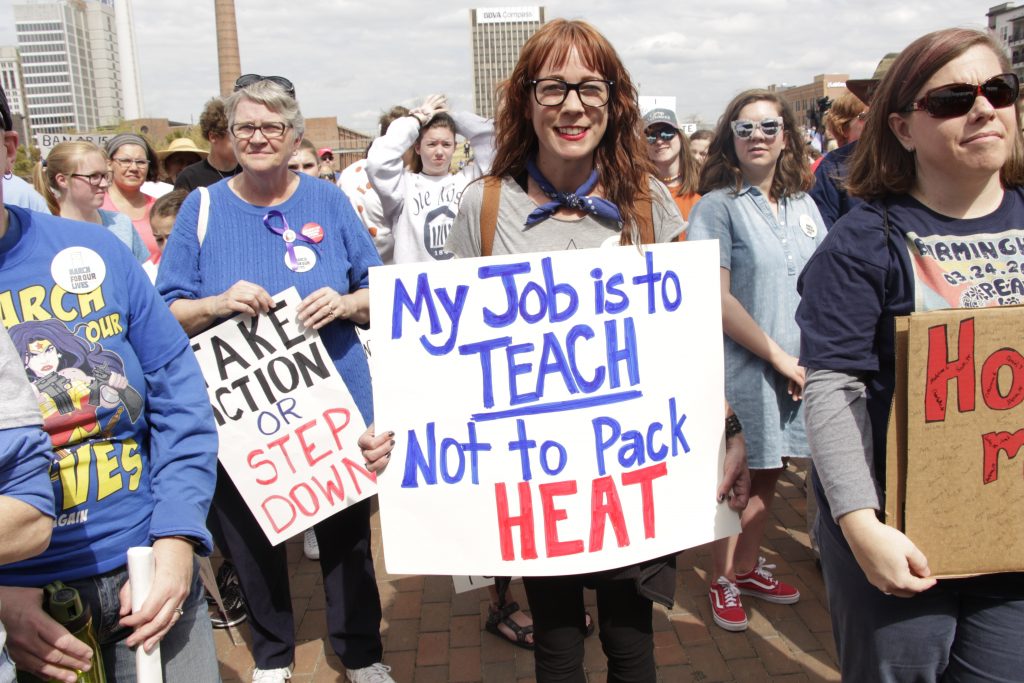 Like other marchers Saturday, Osborne can remember where he was when he learned that 58 people lost their lives in Las Vegas.

Parents around the world can recall how they felt when they found out 20 children had their lives cut short at six and seven at Sandy Hook Elementary School in 2012, and people who were college students in 2007 can recall being paralyzed with fear and grief when they heard 32 students and teachers had been slain on their campus in Blacksburg.

“Around 13,000 people a year total are killed by gun homicides,” Osborne said. “This doesn’t even count the people who chose to end their own lives using the easily available guns that are close at hand. It is important to note that this is an aberration. This is not normal.”

At the march Saturday, Osborne recounted how the number of gun deaths in America has compared to other developed countries – over 25 times the average.

Phousith Souphithavong, a junior at UAB and a survivor of gun violence, spoke about her experience with gun violence in front of the nearly 5,000 people who attended the rally.

“The only thing that should scare students about school is their grades,” Souphithavong  said in her speech. 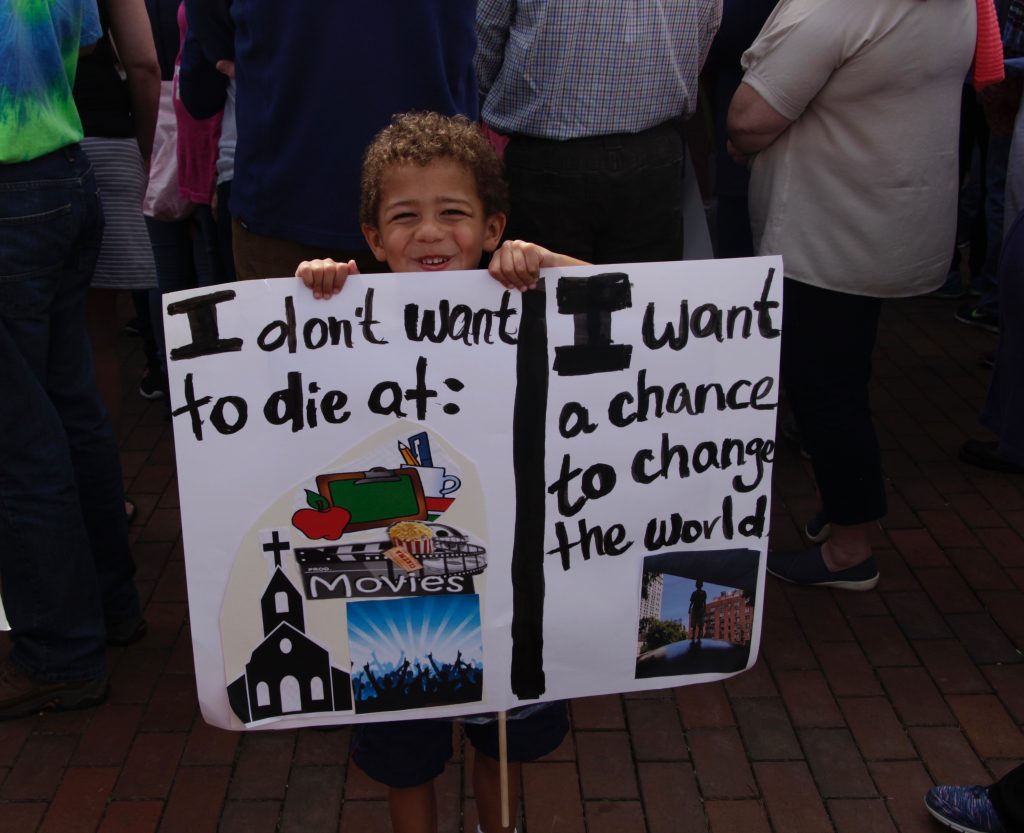 Normalcy, Souphithavong said, shouldn’t be gun violence. Normalcy shouldn’t be surviving shootings, hiding and counting the seconds that might be your last, or marching because children and educators are dying.

On March 28,  “normalcy”  was turned on its head when marches and rallies for gun law reform took place globally. Student-led protests became the norm.  Children came out with their parents and 17-year-olds braved crowds of strangers to stand up and speak for the students who no longer could.

“We are just here to come out and say, we don’t stand for this,” Dudley said. “We are demanding action.”

Dudley, who is a senior at Hoover High School, said that Parkland students who spoke out about the shooting gave her a chance to find her voice. 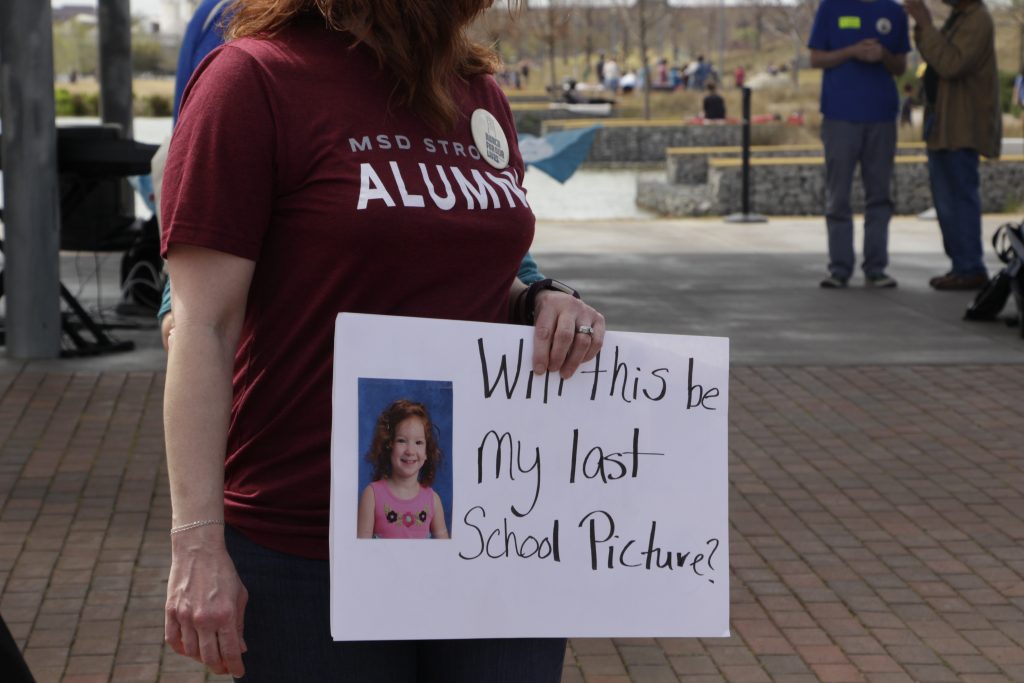 Growing up, children worry about lots of things as they walk into their schools: Who they will sit with at lunch, how they will do on their test, and if they will be asked to prom.

Caite Mehrer worries about the doors. Are they locked? Are they thick enough? Will a bullet make it through them?

“I’ve always been conscious of it and felt things needed to change, but this [the Parkland shooting] really was the line,” Mehrer said. “It matters, we’re doing something that matters.”

That change, according to Gage Elam, needs to come from more than just thoughts and prayers on social media.

“It’s terrible to get on Twitter every week and see that there’s a shooting somewhere else,” Elam said. “It’s time to bring an end to that and bring actual change.”

Not only are they marching, protesting, and rallying for gun reform, Elam and Mehrer are voting. Volunteers with voting registration clipboards wandered around the rally asking attendees if they were registered to vote. They signed up those who weren’t.

If those in office now won’t change the laws, Elam said, they will replace them with people who will. 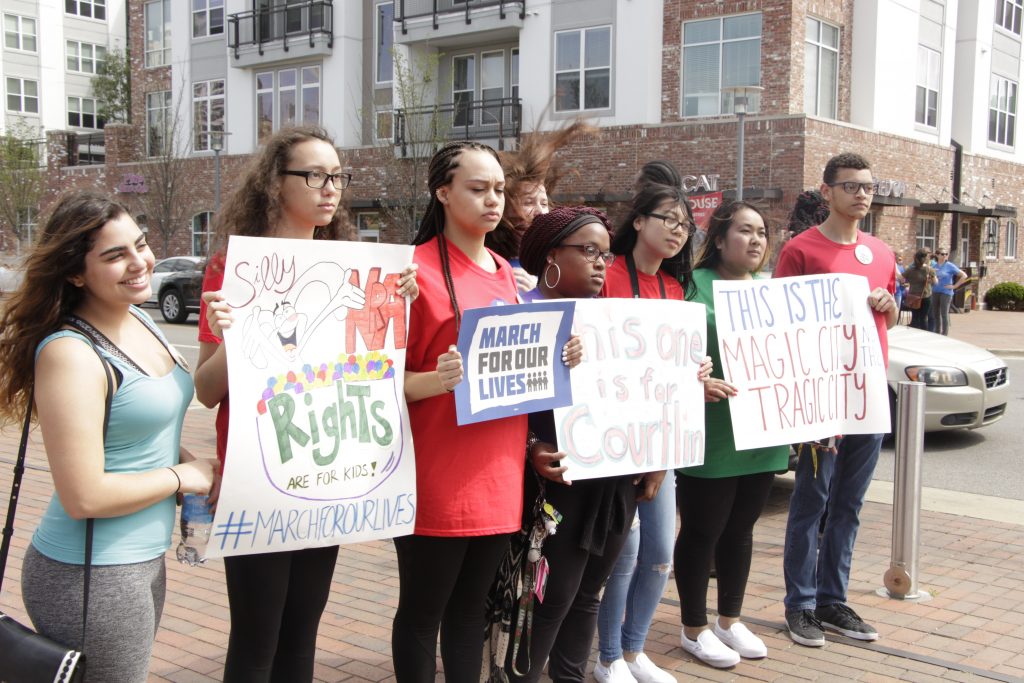 “It’s going to be hard for law makers to ignore this and ignore everything that’s going on and if they do continue to ignore it and not make change, November is coming up,” Elam said. “WE can vote this year.”